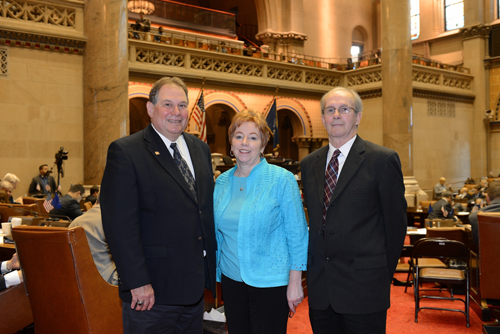 Assemblyman John Ceretto welcomed Anne Welch, the Village of Lewiston clerk/treasurer, and her husband, Bob Welch, Wednesday to the State Capitol and introduced them on the floor of the Assembly Chamber.

During their introduction, Ceretto noted that Bob Welch's great, great uncle was Thomas V. Welch, who served as the region's New York state assemblyman in the late 1800s. Thomas V. Welch was a prominent political figure in Western New York and, in 1885, he became the first superintendent of the Niagara Falls State Park.