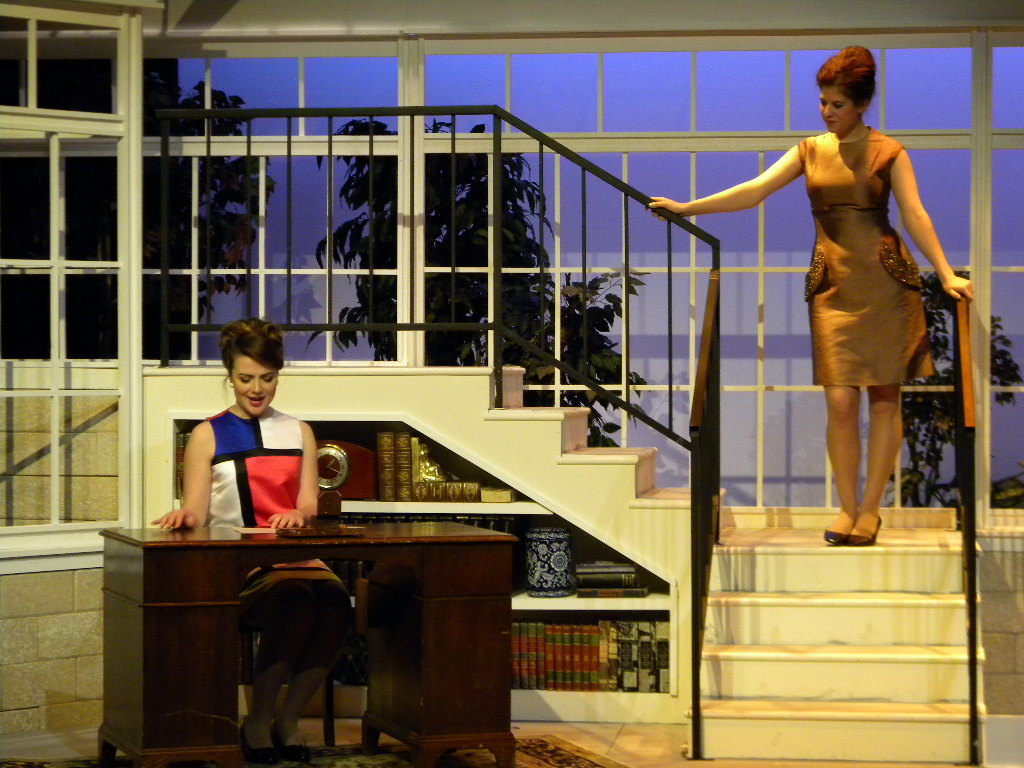 This family-friendly comedy was originally written in French and first premiered in 1672. This current adaptation was translated to English by Freyda Thomas and performed on a Broadway stage in the early 1990s. The show has been placed in the 1960s in an effort to make it modern and relatable.

"It tells the story of a wealthy household, turned on its head when the matron of the family throws the household into confusion because of her obsession for learning," says the director of the play, Henrik Borgstrom.

Borgstrom is the chair of the modern & classical languages department at Niagara University. Having a doctorate in French literature and a specialization in theater and performance. Borgstrom has performed in shows and is fluent in French besides English.

Borgstrom has adapted texts and has also directed as well as acted during his
time with this company. While at NU he has directed "Tartuffe", "A Little Night Music", as well as "The Cocktail Hour."

"I have experienced working with the Niagara students and it's always been a real pleasure. I really enjoy working with students in particular, because students are still discovering, and that's always exciting,"  Borgstrom said.

Moliere was very inspired by Commedia dell'arte which began in 16th century Italy. The Commedia dell'arte form of theater is best known for its use of masks and high use of physicality. While this show does not use masks, the cast has been encouraged to find the physicality underneath the text.

"Henrik has been a great director. He knows what he wants and he knows how get us there" said junior Patrick Tighe, who will be playing the part of Trissotin. Tighe said that they have worked very hard to make everything time out perfectly, which is an important aspect in comedy. "He would tell us what we had to do, and in that we could play a role by giving us a bone structure that the actors could bring to life with their own ideas."

"The show is inspiring, invigorating, and perfectly emulates the style and manner of the 1960s," said junior Kathleen Denecke, who was cast as Armande.

This show has a beautiful presentation, wonderful costumes, magnificent set, as well a worthwhile story. While the language may be difficult to understand at first, the cast's presentation makes this production fun and exciting.