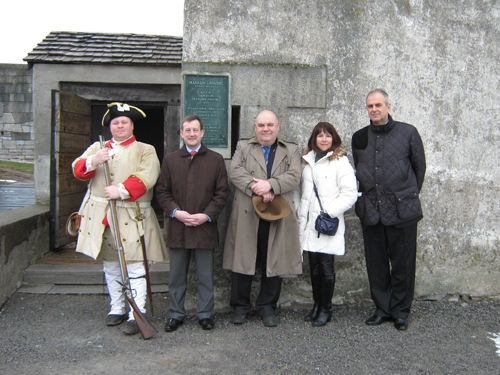 A career diplomat, Lortholary was appointed consul general to the U.S. in August. He previously served as an adviser to Oceana and Asia for former President Nicolas Sarkozy.

In addition to viewing the fort, Lortholary witnessed a musket demonstration by an interpreter dressed in the uniform of the Regiment de Bearn, a French infantry unit that served at the fort during the French and Indian War. He also inspected French documents and artifacts in the fort's collections.