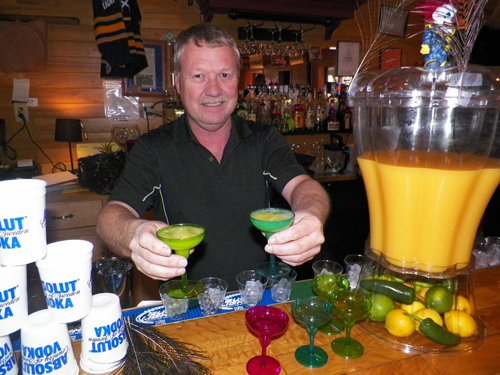 "The event was a beaming success for its first year - we sold out of all 650 tickets by 1 p.m. on Saturday, with folks still wanting and asking for them the remainder of the evening," said organizer Melissa Morinello of Sparkle! Marketing & Events. "It was amazing to see Center Street filled with cars, and folks walking from one establishment to another, all on a night where it was about 26 degrees outside."

Just about every Village of Lewiston restaurant participated in the event, which celebrated the origin of the cocktail.

"The establishment owners were thrilled with the turnout and we are looking forward to planning the date for the second annual Lewiston Cocktail Festival," Morinello said.