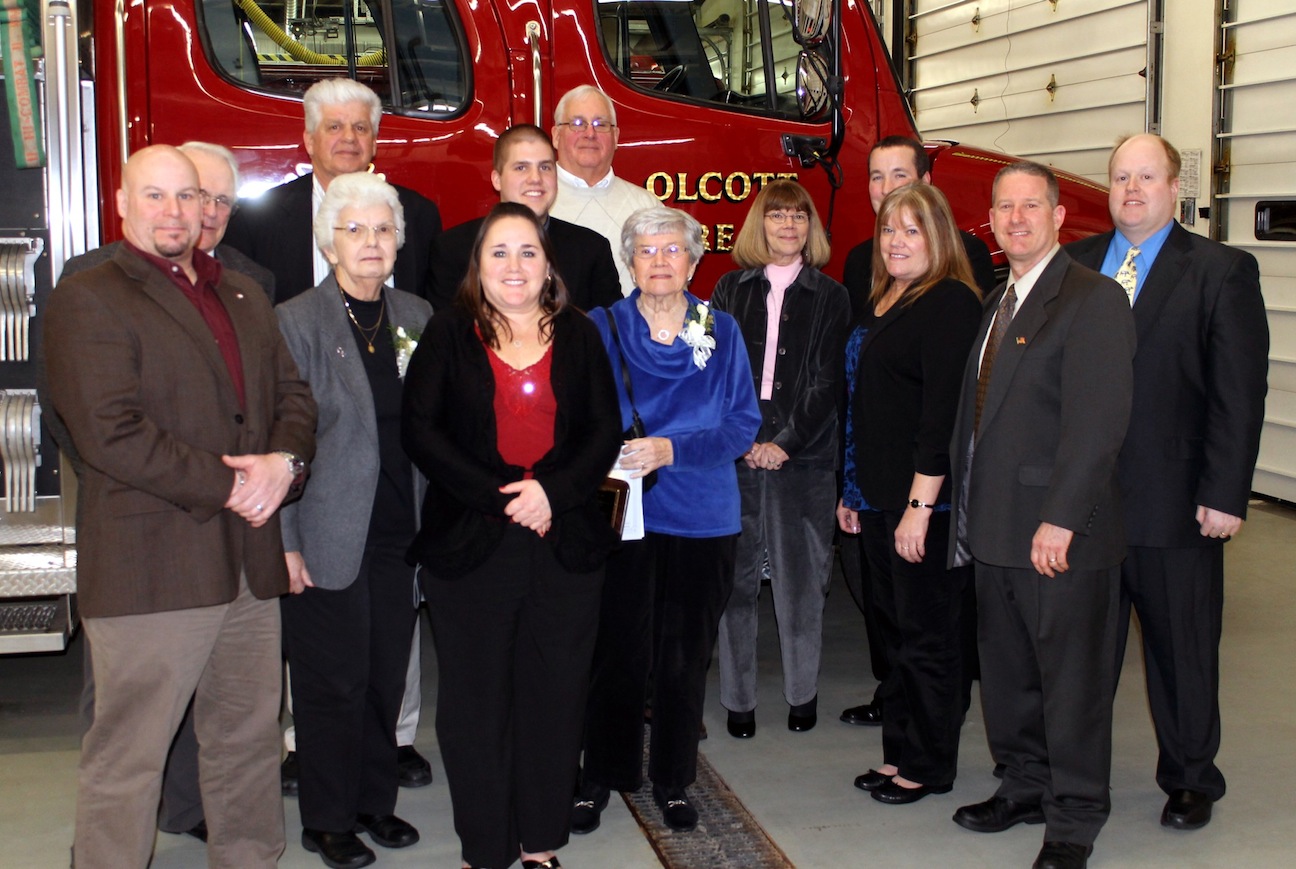 The seven passengers - two adults and five children - entered 100 feet of water more than a half-mile offshore when their 16-foot motorboat sank near the AES Power Plant. Rescuers utilized GPS coordinates provided by a victim's mobile phone to locate the group, and brought them to safety within minutes.

The four heroes were recently honored at a ceremony at the Olcott Fire Co., as were several long-time volunteers for their years of service. The four rescuers included Fire Chief Steve Miller, Assistant Chief Scott Gunby, and firefighters Rhonda Kreiger and Bob Dierolf.

"Steve, Scott, Rhonda and Bob are the kind of citizens we've come to rely on in our small towns along the lakeshore," Syracuse said after presenting citations for bravery to the group. "These are doers, not talkers. They are willing to put their lives on the line for their neighbors and for total strangers, and they never take even a dollar in pay."

Syracuse and town officials also presented posthumous citations honoring firefighters that had would have been recognized for 65 years service to the Olcott Fire Co., but died earlier this year.

"When you realize that Joe McKernan and Brud Hamminga spent their entire adult lives protecting their neighbors' homes and lives, you realize that these were really special men," Syracuse said. "I'm proud to have represented them and prouder still that they were my neighbors."