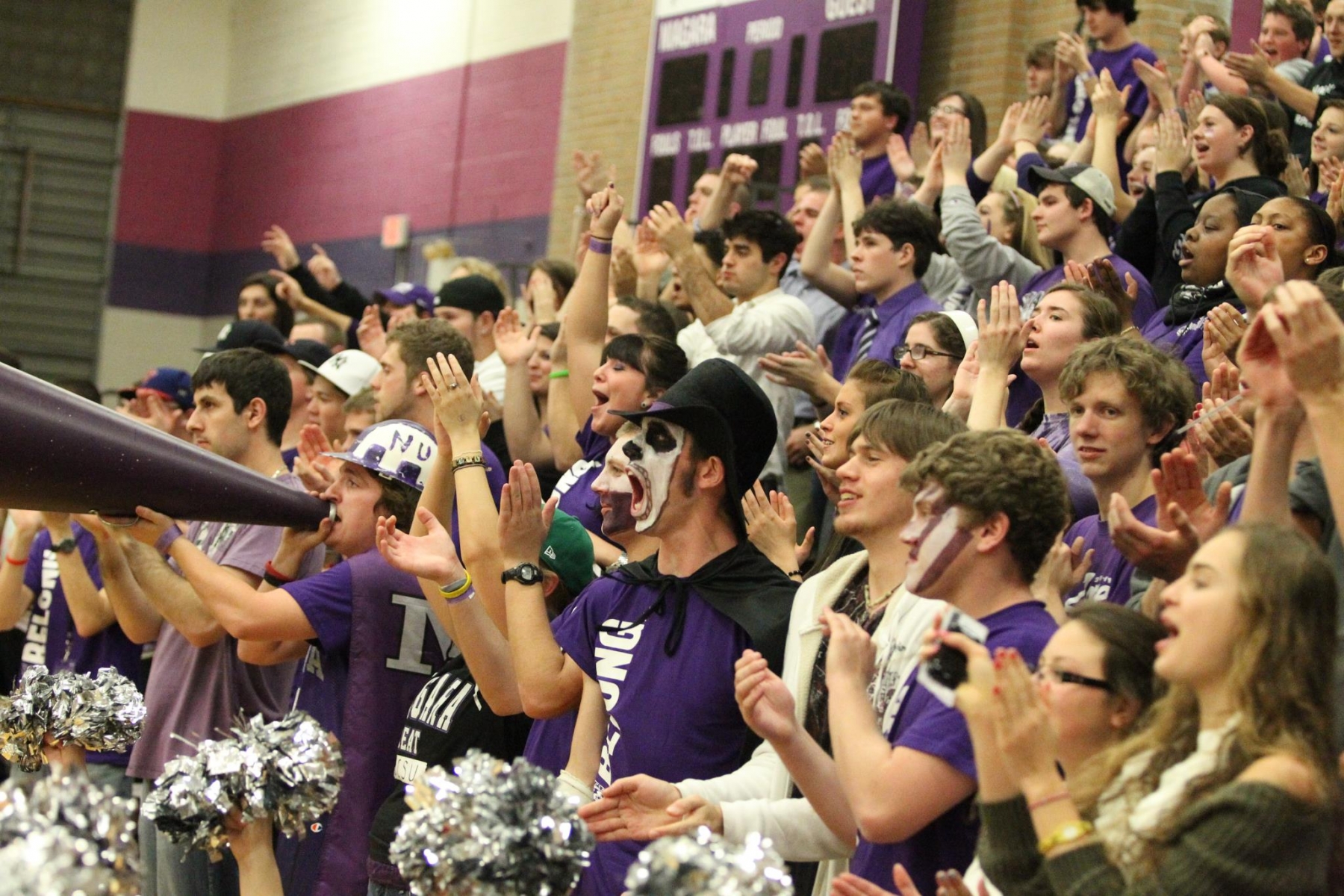 The Niagara University men's basketball and hockey teams are creating increased interest on campus. Both programs are in first place in their respective conferences, and students are certainly taking notice of the success each team is having.

The teams have provided a "renewed sense of athletics on campus," said Steve Butler, Niagara's associate athletic director. With the hockey team ranked 15th in the country by USA Today and USA Hockey, and the basketball team leading the Metro Atlantic Athletic Conference, there is reason for excitement on Monteagle Ridge.

The best gauge of student interest is in attendance at on campus athletic events. Niagara has seen major increases in hockey attendance, especially, and is "nearly at capacity for both hockey and basketball games," says Dan King, head of the N-Zone, the student sections at games. The average attendance increase has been more than 100 students per event, which is a major increase for a campus of a little more than 3,000 students. The excitement is only going to grow, as Dwyer Arena will host the second round of the Atlantic Hockey Association playoffs in mid-March, and the basketball team is poised to make it into the postseason.

Other than the teams' play, Butler attributes the increase in attendance to the fall sports teams, which consistently set the tone of how the year in athletics will go, as well as communication between the athletic office and the Office of Campus Activities, which helped to promote attendance and interest in athletics on campus.

"Bill (Newton) and Mati (Ortiz) in campus activities do a great job promoting athletics, whether it is through the NU Clue (a weekly email update about campus events) or their other modes of communication, they have really helped us promote awareness in athletics" Butler said.

Both teams are close to finishing up the regular season. Niagara hockey plays at home on Friday against Mercyhurst at 7 p.m. The basketball team plays at 3 p.m. Saturday on campus.