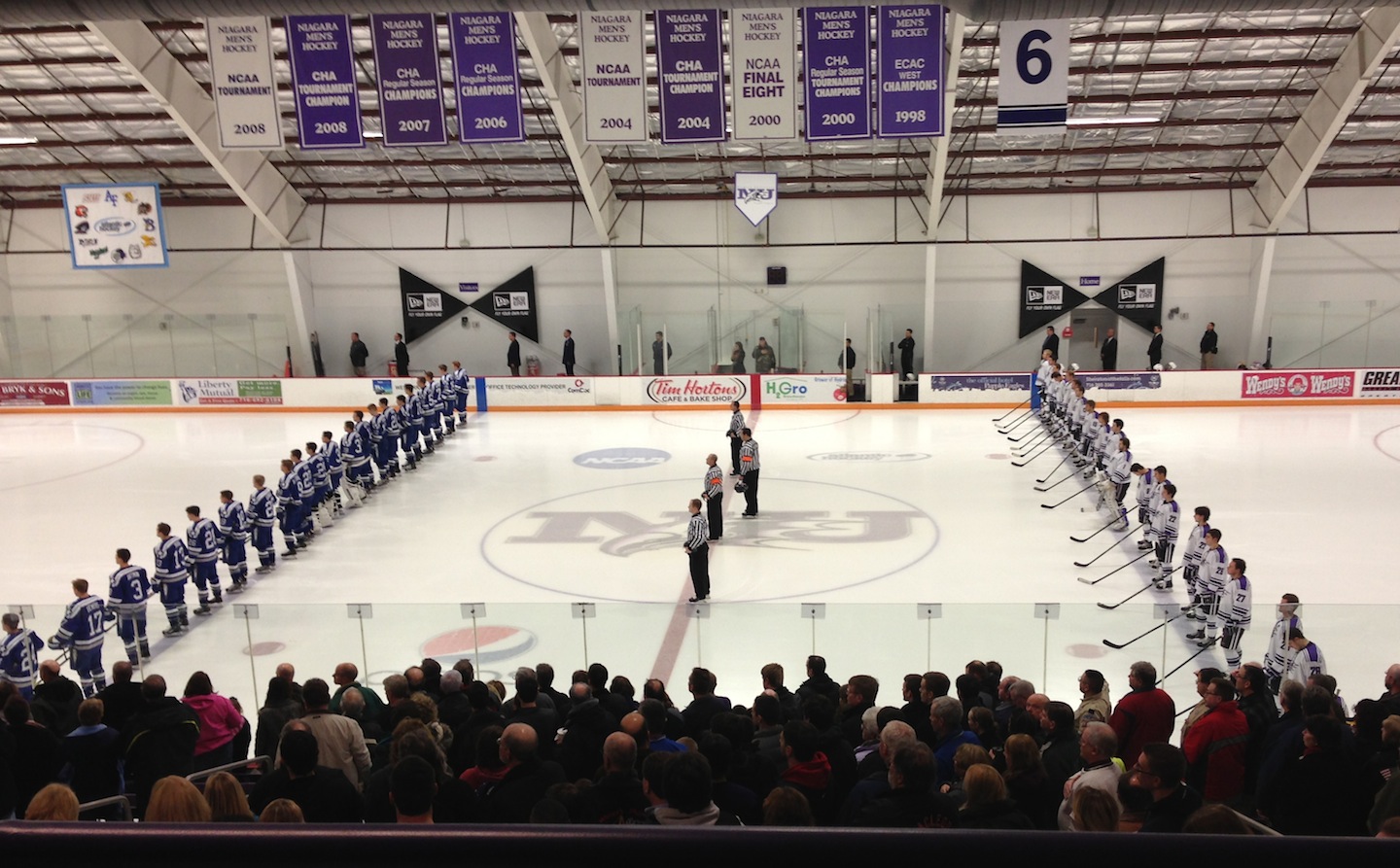 This past weekend, the Purple Eagles men's hockey team improved to 17-4-5. The team's 16th Atlantic Hockey Association win set a new program record for conference wins in a season. The previous record was set by the 1999-00 team with a record of 15-0-2.

Hoping to continue to collect another set of wins, Niagara will face Canisius at Buffalo State on Thursday, Feb. 7, before heading back to Dwyer Arena on Saturday, Feb. 9, to finish up the series.

After a weekend with back-to-back wins against the Bentley Falcons, the Niagara men's hockey team jumped up for the second time this season, to the 15th spot in the USCHO.com poll. Having had a successful season thus far, the prospect of making it into the NCAA tournament is looking better each and every day.

"I have absolute faith in the locker room," said senior captain Jason Beattie. "I think that the way we've been playing demonstrates our ability."

"We have a team that in tough situations knows how to pull together," said senior co-captain Dan Weiss.

To make a Frozen Four appearance and win a national championship is a goal and dream for every Niagara hockey player. So far, Niagara has been No. 1 in the AHA conference. After the win on Saturday, the Eagles jumped 11 points ahead of second-place Mercyhurst. With four weeks left in the regular season, Niagara will face some of its toughest competitors. Cross-town rival Canisius is set in the schedule for this coming weekend, on Saturday, Feb. 9, at 7 p.m. In the lineup or home games in the upcoming weeks are Robert Morris on Feb. 15 at 7 p.m., and Mercyhurst on Feb. 22 at 7 p.m.