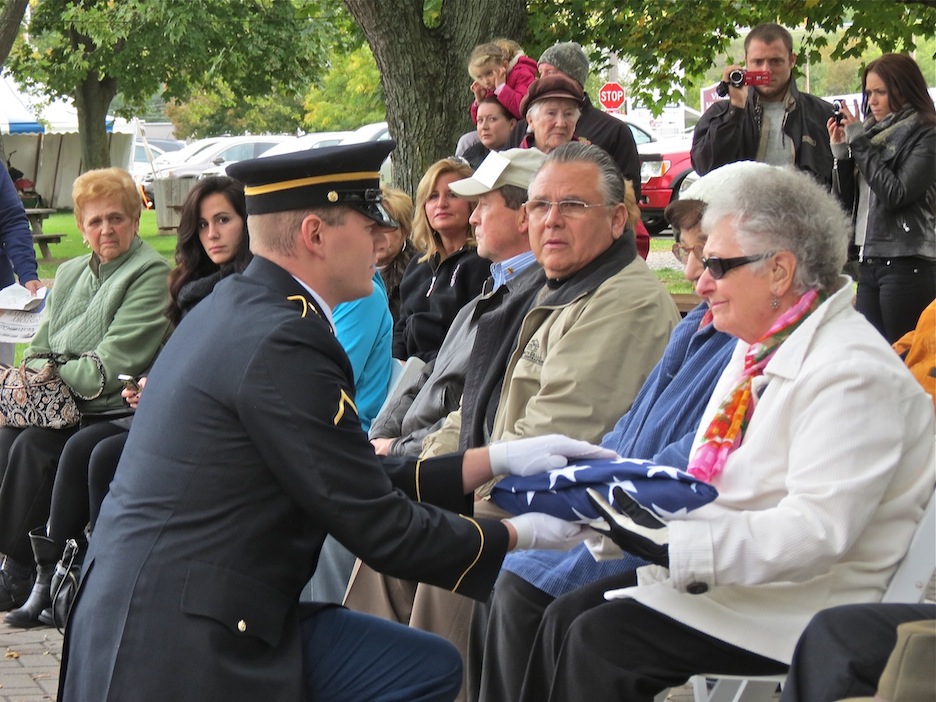 The Oct. 13 ceremonies, coordinated by Norm Machelor and the Battle of Queenston committee, followed protocols established by Congress, which provide for an Honor Guard for all veterans of the armed forces at their funerals. The ceremony includes the playing of taps, the folding and presentation of the U.S. flag to next of kin, and a rifle salute.