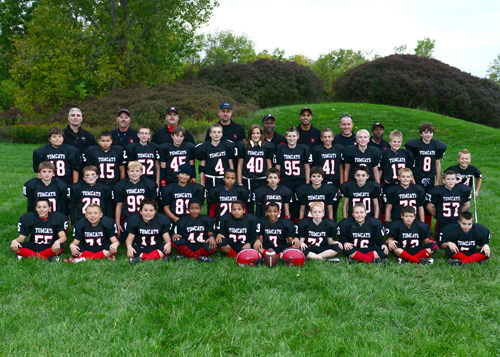 The Niagara Wheatfield Amateur Athletics Tomcats advanced to the 120-pound division Super Bowl by shutting out the Lew-Port Chargers 29-0 on Saturday, Oct. 27, continuing their undefeated record for their eighth win of the season.

The Tomcats offense was led by Jordan Parks who scored two touchdowns and threw a two-point conversion to Jake DeWolf. Parks finished the day with 122 yards rushing. Zach Stanley scored one touchdown and scored three extra points finishing the day with 43 yards. Warren McDougald scored the Tomcats other touchdown and finished with 41 yards and Donavan Brusino had 30 yards rushing. As a team, the Tomcats rushed for 263 yards on the day.