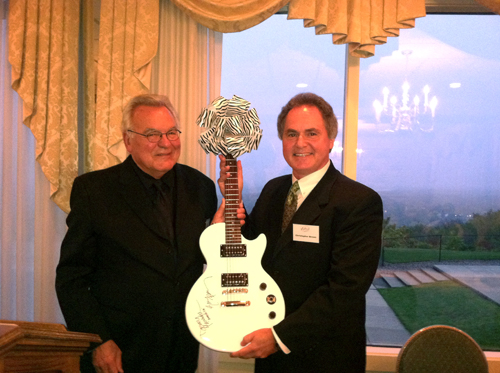 The Artpark & Company annual meeting was held Wednesday at the Niagara Falls Country Club to confirm the re-election of officers, new directors and to appoint a chairman of the board.

Artpark President George Osborne presented a look back on an eventful year for Artpark, which included the Outdoor Amphitheater renovation, a new ticketed format for the popular "Tuesday in the Park" concert series, a large-scale Broadway musical production, free family programs, several visual arts exhibitions, and expansion of children's camps.

Artpark & Company welcomed John Camp of HSBC Bank USA as the new chairman of the board. Outgoing Chairman Christopher Brown of Brown & Company LLC was recognized for his five years of outstanding service and as a driving force behind the completion of the outdoor renovations.

The board welcomed Brian Geary of Courier Capital Corp. and re-elected Michael Giaquinto of Emblem Health as vice chairs of Artpark & Company. Artpark board Secretary Vincent Agnello, Esq., of Niagara University, will retain his duties, and Brown takes over as board treasurer.

The meeting concluded with the announcement that Artpark will host a gala celebrating its 40th anniversary on June 1, 2013, in the Outdoor Amphitheater.