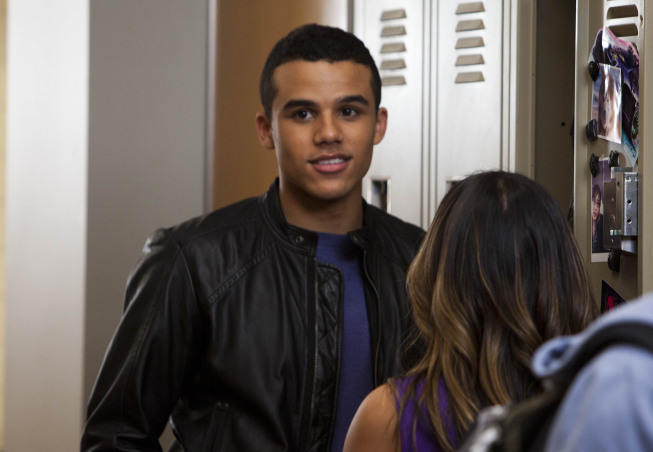 When the new school year begins at the fictional McKinley High School, one of the new faces roaming the hallways will be familiar to Western New York audiences. Jacob Artist, a 2010 graduate of Williamsville South, has joined the cast of "Glee." He stars as Jake, the younger half-brother of the show's original bad boy, Puck.

"He's definitely McKinley's new resident bada--," Artist said in recent phone interview. "And he has his cards up. We'll see, kind of, if that changed at all throughout the season."

Artist, a gifted performer in hip-hop, tao, jazz, modern ballet and acrobatics, said, "I'm really excited to bring the dancing aspect to this character. I think, other than Heather Morris (Brittany) and Harry Chum Jr. (Mike Chang) on the show, everybody else, really they're not dancers. And I, having grown up as a trained dancer, think it will be really fun to bring that to the table."

Behind the Screens: You were born in Buffalo - can you tell me about that?

Jacob Artist: I was born in Buffalo and I grew up in Williamsville. All my family, all my friends - everything's in the suburbs of Williamsville.

BTS: What got you into acting? Obviously we have great local theaters.

Artist: Actually, I never really acted. I grew up dancing, actually. That was always my thing. I was a competition kid, so I did competitions in convention (centers) all over the country. I kind of had the bug, I would say, maybe when I was 15. It was just something that I wanted to dive a little deeper in. And I didn't really pursue it until I was graduating high school and I decided that I wanted to move to L.A. to act.

BTS: How was the move out west?

Artist: It was good. It was fairly easy. I moved out there with my dad. He came with me for the first few months because I was still actually 17 at the time. It was interesting because, right prior to that, I actually I got accepted into Julliard for dance in my senior year of high school. So I was kind of up in the air figuring things out. But then ultimately my gut was just like, "You've got to go to L.A. You have to try this acting thing out."

BTS: Tell me how this role on "Glee" came about?

Artist: I got a call from my manager. It was just another audition; it just happened to be for "Glee." And I went in and I sang for the casting director. They were just seeing everybody sing. And then I found out that I had a callback where I was going to be acting and singing. And then not two days after that, I heard that I was testing for Ryan Murphy, who's the series creator, and all of the FOX executives, which was definitely exciting to hear.

Of course I was nervous. But it was so much fun. And they were all really, really great.

BTS: (In another interview, Artist said he had yet to meet actor Mark Salling, who plays the role of Noah "Puck" Puckerman.) Have you had a chance to meet Mark?

Artist: I have, actually. Funny enough, he was one of the last cast members that I met. But, yeah, he was great, for sure.

BTS: What are your thoughts on a mohawk?

Artist: Everybody wants to know that. I don't think that they're going to fully give me the Puckerman mohawk. But everybody, that's the first question everybody asks: "So, are you getting the mohawk?"

BTS: You now live and work in L.A. What's your current relationship with Western New York?

Artist: I'm back very, very frequently. I actually was just back in April. I surprised my mom for her birthday. I truly, truly love Williamsville and where I grew up. I created such a home there with all of the people that I know, so I love to get back whenever I can.

"Glee" makes its fourth season debut at 9 p.m. on Thursday, Sept. 13, on FOX. Follow Jacob Artist on Twitter at @jacobartist.