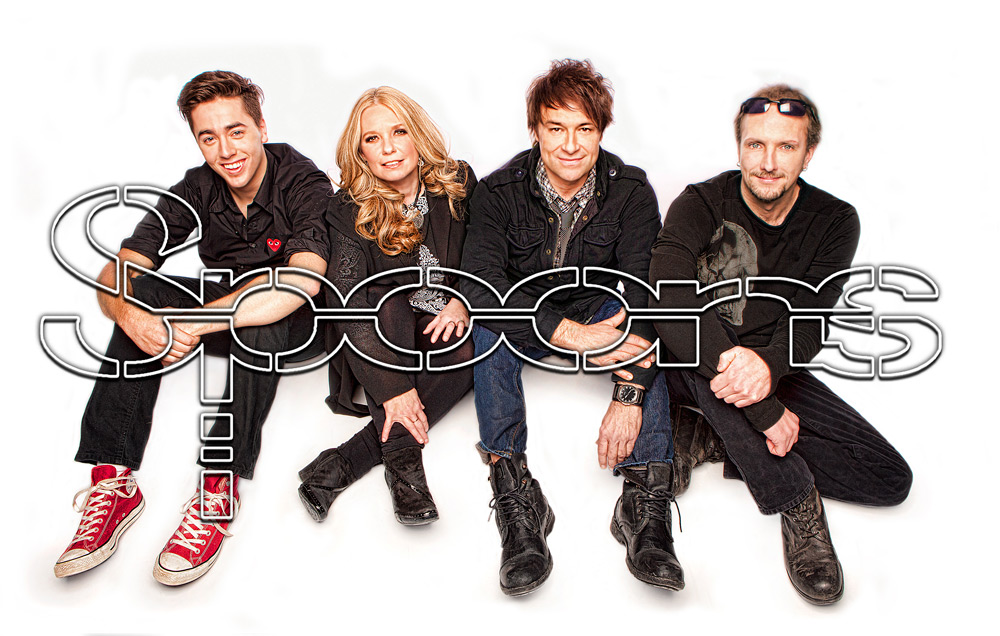 The Spoons will perform in Lewiston on Aug. 11.

The Spoons headline 'The Spirit of the '80s Reunion'

"It was really a good time for people," Gordon Deppe says of the 1980s. "A lot of good memories. Positive economics. People were just having fun. It was like 10 years of Halloween, in a way.

"People say, 'It was all sex, drugs and rock 'n' roll.' No! It was all about hair and how you dressed and having fun. I think that stuck with people."

What stuck with the Lewiston-Porter Class of 1987 was the music Deppe and his band, the Spoons, were making in the decade of ALF, Rubik's Cube and designer jeans.

To celebrate its 25th class reunion, and to raise money for a new scholarship, the Class of 1987 is teaming with the Spoons for a radical night of live music. "The Spirit of the '80s Reunion" will take place on Saturday, Aug. 11, inside Academy Park in Lewiston (following the Art Festival).

"We wanted to do something a little unique and a little different from what other people do," says Michael Hanrahan, the concert organizer and a member of the Class of 1987.

He and his classmates joked about booking the Spoons for their class reunion. On a whim, Hanrahan contacted Deppe on Facebook.

"I never really thought we'd get an answer that they'd agreed to it," he says.

But that's exactly what happened.

Born and raised in Canada, the Spoons haven't really performed in the U.S. since 1989 - at the tail end of the band's first wave of success (think songs "Nova Heart," "Old Emotions" and "Tell No Lies").

Deppe says this show makes it the right time to return.

"Just to get down to the states. ... This gig alone kind of woke that (desire) up," he says. He expects this show will "open up the floodgates" for additional state shows.

"The groundwork has been done so we can hopefully do some more," Deppe says.

The '80s were perfect for the Spoons' new-wave, Brit-pop appeal. But when grunge music took root in the 1990s, "anything '80s was like mud," Deppe says.

Now, the decade of the '80s is enjoying newfound popularity thanks, in part, to new bands borrowing heavily from that era - in everything from hair to clothes to lyrics and synth sounds.

"Obviously, it's changed around - to the point where it's not just something not to be embarrassed about, but I think it's become one of the most popular areas ever," Deppe says. "It's not just a nostalgia thing. You go to music stores. There's whole sections dedicated to '80s. There's like a '60s section; a '70s (section). You see the '80s compilations, it's like they go on for miles."

"I think it's another genre of music that's here to stay," Deppe says. "So when you say '80s, you don't think of a time frame, you think of a style. Like rock. Like R&B. Like soul. Like techno. Whatever. '80s sort of music is just another genre that's established itself now and will always be there. And new bands will draw from and build on ('80s music)."

"The Spirit of the '80s Reunion" is a time for the Class of 1987 - and for all music lovers - to reconnect with that decade's music.

"When something like this comes up, it gets people excited," Deppe says. "And I think they want to come out and relive that; maybe bring their kids and say, 'That was what we used to do when we were your age or a little older.' "

Deppe says his band's new album, "Static In Transmission," has an '80s appeal mixed with a modern feel. He calls it the best work his band has produced.

The frontman says he's a better singer now than when his band rose to stardom. In concert, "I think the first thing people notice is how much more intense or energetic the music is live."

"The songs are what you expect, but sort of beefed up," Deppe says. "And, of course, we do all the songs people know. We don't avoid the singles."

Hanrahan compares "The Spirit of the '80s Reunion" to another popular Lewiston concert.

"This is something we hope to do every year," he adds.

"The Spirit of the '80s Reunion" is Saturday, Aug 11, at Academy Park in Lewiston. The Class of 1987 is hosting the reunion show, which will include special reunion performances by The Mirrors, The Woodroes and Mod 5/6. The event is open to the general public and will feature an appearance by former CFNY "The Spirit of Radio" deejay Don Berns.

Tickets can be purchased for $20 online at http://www.brownpapertickets.com/event/246309, Saturday nights at The Jug in Youngstown, and at the Art Festival.

All proceeds are for a scholarship fund sponsored by the Lew-Port Class of 1987.