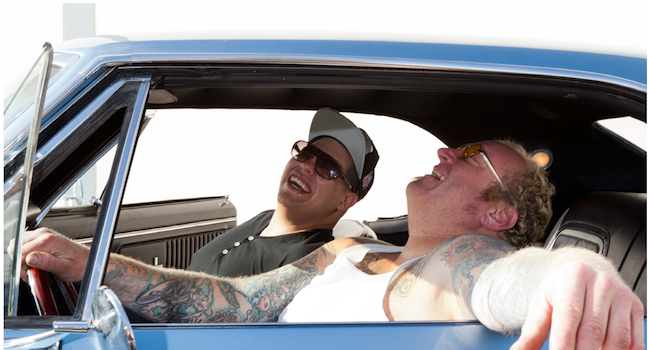 Legendary ska-punk band Sublime with Rome join forces with Rochester's Giant Panda Guerilla Dub Squad to create the ultimate summer party on July 10 as part of the "Tuesday in the Park" concert series at Artpark. The concert begins at 6:30 p.m. in the Outdoor Amphitheater.

Formed in Long Beach, Calif., in 1988, Sublime delivered an irresistible blend of ska, reggae, punk, surf rock, and hip-hop that captured the imagination of fans around the world. Over the course of its first three releases, the band sold more than 17 million albums worldwide.

Tragically, lead singer Bradley Nowell died of a heroin overdose two months prior to the release of "Sublime," which reached No. 13 on the Billboard Top 200, sold six million copies, and spawned such hits as "What I Got," "Santeria" and "Wrong Way," which remain radio staples across with country.

Profoundly affected by Nowell's death, bassist Eric Wilson never considered performing the group's music live without its frontman. It took the talent and enthusiasm of Rome Ramirez, a young, gifted songwriter and musician, to change that.

An instant friendship and musical bond was formed. The reunited Sublime with new singer and moniker "Sublime with Rome" went on to tour the world, treating fans to both new songs from its debut album "Yours Truly" as well as Sublime classics.

Artpark's amphitheater gates open at 4:30 p.m. and can be accessed via the Portage Road entrance off of Center Street or through South Fourth Street. Onsite parking is $5. Sublime with Rome tickets are $ $15 (general admission) and $25 (priority; exclusive standing-room-only area directly in front of the stage). VIP packages are available for $50, and include one ticket on either the "Producer's Deck" or the "Director's Suite" (based on availability), parking, and waitress service.

Tickets can be purchased at the Artpark Box Office, by phone at 716-754-4375 or 1-888-223-6000, and online at www.tickets.com and www.artpark.net. VIP Packages can only be purchased in person at the Artpark Box Office or by calling 716-754-4375. Carry-ins and tailgating are prohibited for all Tuesday and Wednesday concerts. For more information, visit www.artpark.net.