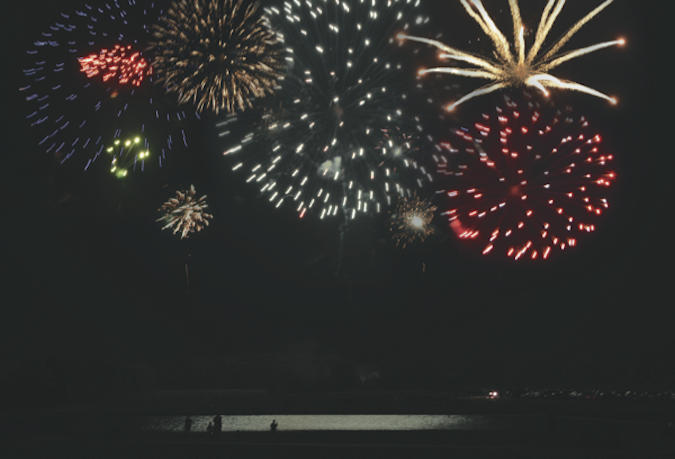 A festive Fourth in Niagara County

Niagara County residents can anticipate celebrating the Fourth of July week with a bang! Many special events in the region will honor Independence Day.

The Town of Niagara's bicentennial anniversary arrives this weekend, offering a unique opportunity for residents to experience both their town's history and a particularly spectacular Independence Day celebration. On Saturday, the festivities commence with a parade beginning at 11 a.m. on Fourth Avenue and finishing at the Military Road Kmart. The Veterans Memorial Park (Lockport Road) will showcase a bicentennial car show during the day and Elvis tribute artist Shawn Kush at 7 p.m. Finally, Saturday's festivities come to a close with Fourth of July fireworks at 9:45 p.m. at the Veterans Memorial Park. The fireworks can be viewed at the park or in the surrounding area.

The Town of Niagara's bicentennial celebrations continue from noon until 5 p.m. in Veterans Memorial Park. They include food vendors, a craft sale, music, and tours of historic homes.

The Town of Newfane and Olcott Beach's fireworks show will take place over Lake Ontario starting at 10 p.m. The town website, and Confidential Secretary to the Town Supervisor Heather Hall, consider the best viewing locations to be the Lake Ontario shoreline, Krull Park, Olcott Beach, and the bridge on Route 18.

During the day, Martin's Fantasy Island amusement park will offer reduced price admission at $17.76. Red, white and blue decorations will honor Independence Day. Special arts and crafts sessions will be held for children to make both paper flags for their families and cards to donate to veterans at the Veterans Administration Hospital in Buffalo. The park will also hold Grand Island's local fireworks display. Residents with valid identification can enter the park free of charge during the fireworks, and can also view the fireworks from surrounding locations on the Island.

The Village of Lewiston will begin its annual fireworks display at dusk, sometime between 9:45 and 10 p.m. The fireworks originate from the Lewiston plateau, close to South Eighth Street. According to the Village of Lewiston Clerk's Office, the most popular viewing locations for the fireworks include the parking lot of the local bowling alley, Frontier Lanes, along Center Street, and near the village's mini plaza.

In case of rain, the fireworks will be held on Thursday, July 5.

The Patriot's Parade, an annual event, will begin at 12:30 p.m. at Krull Park. Visitors will meet at Krull Park at noon. Children and their families will march in the parade wearing red, white and blue. Visitors complete the parade at Olcott Beach Carousel, where they can have ice cream and a free carousel ride ticket.

Niagara Falls State Park will again offer another fireworks exhibit at the falls for Independence Day on Wednesday, July 4, starting at 10 p.m. Both falls shows juxtapose the natural beauty of the falls with colorful fireworks.

The Town of Wheatfield will hold a concert and fireworks in celebration of Independence Day at Oppenheim Park. The fireworks will be an especially thrilling event this year as the event was placed on hiatus for two years. The concert, which will feature local '80s throwback band ROAR84, will occur from 6 until 9 p.m. The fireworks display will take place after the concert and be accompanied by patriotic music.

During the week of Saturday, June 30, until Thursday, July 5, statewide law enforcement will increase precautions against driving while intoxicated and under the influence in response to troubling statistics that suggest almost half of fatal traffic accidents during the holiday weeks involve alcohol. Law enforcement agencies and officers will use special sobriety checkpoints and saturation patrols to decrease numbers of impaired drivers. Independence Day weekend is one of the seven week-long and weekend-long holiday periods in which special care will be taken by law enforcement, the others being the weekends of Super Bowl Sunday, St. Patrick's Day, and Memorial Day, and the weeks of Labor Day, Halloween, and the entire holiday season from Dec. 12 to Jan. 1.