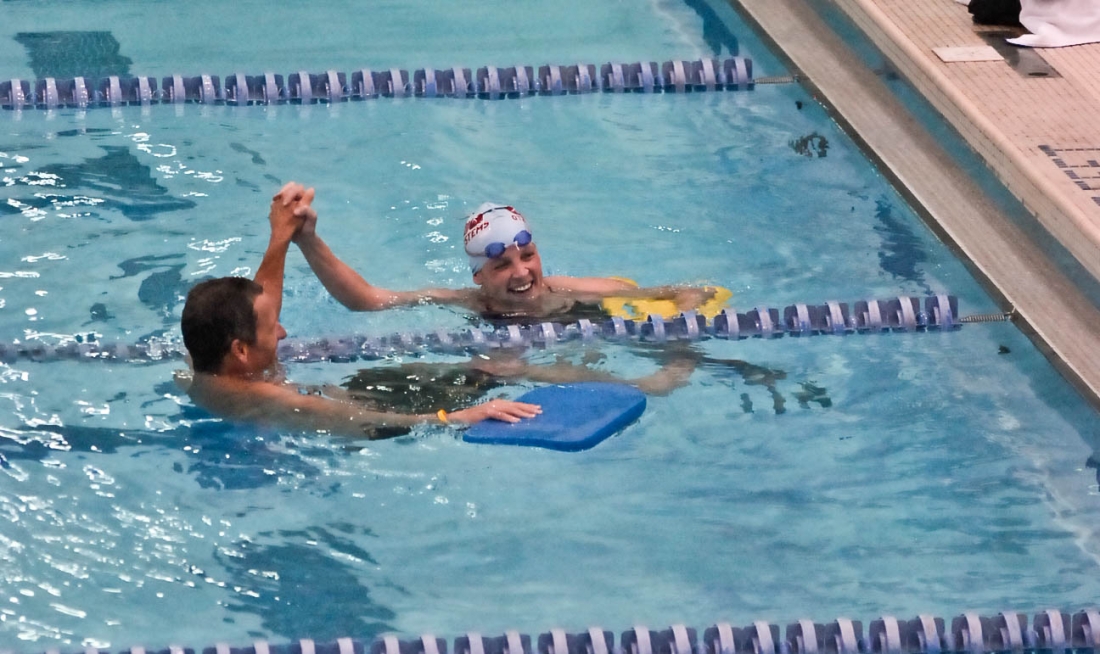 Lance Armstrong came to Buffalo for a swim?

That's right, worldwide cycling superstar and cancer survivor Lance Armstrong came to Buffalo without his bike. He came to challenge Orchard Park fitness coach Mary Eggers to a 50-meter kickboard swim for Teens Living with Cancer. It all started with a crazy tweet that Eggers sent to Armstrong, and within 24 hours he had not only responded, but also accepted the challenge.

So with a special invitation-only crowd last Saturday at the University at Buffalo Natatorium on hand witnessing this wonderful charity challenge, Armstrong who has won championships all over the world, came to Buffalo and got beat by a girl.

The "Duel in the Pool" raised more than $51,000 toward a goal of $100,000 that Armstrong set himself for TLC. Teens Living with Cancer is a peer support program of Melissa's Living Teen Cancer Foundation based in Rochester. Their mission is to help teens live the best life through all stages of their disease and treatment. The group has plans to expand to Buffalo in the near future. For more information, email [email protected] or call 585-563-6221.

As a cyclist myself, to have the greatest Tour de France rider in history here in Buffalo was awesome. Not only was Armstrong gracious, he was friendly and a true inspiration to millions of fans and cancer survivors worldwide. To the naysayers of Armstrong, it was about those teens living with cancer that spurred this superstar to take the time to shake every one of those kid's hands.

People can say what they want; this is an incredible man who has raised more than $500 million to fight cancer.

•Watch video of the race and Armstrong's "Distinguished Speakers" appearance at www.wnypapers.com.