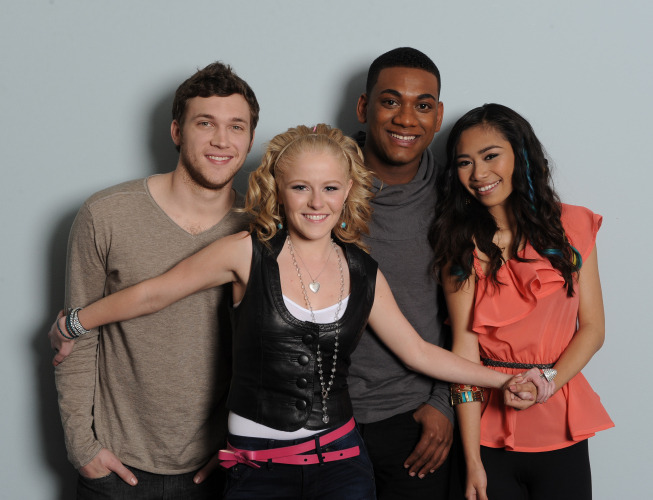 Skylar Laine eliminated on "American Idol"; Hollie Cavanagh, Joshua Ledet, Phillip Phillips and Jessica Sanchez battle it out to get one step closer to the grand finale live on a "California Dreamin' "-themed show Wednesday

Thursday night on "American Idol," the top four finalists were revealed - Hollie Cavanagh, Joshua Ledet, Phillip Phillips and Jessica Sanchez. One of them will be crowned the next "American Idol." After America cast a season-high of nearly 60 million votes for their favorite finalists, it also was revealed that Skylar Laine had received the fewest number of votes and was eliminated from the competition.

With only three performance shows left in the season, tune in next week, Wednesday, May 9 (8 to 10p.m.), when the top four return to the "American Idol" stage to sing for America's votes on a "California Dreamin' "- themed performance show.

On the following night, Thursday, May 10 (8 p.m.), when the top three finalists are announced and get set for their hometown visits to see family, friends and fans.