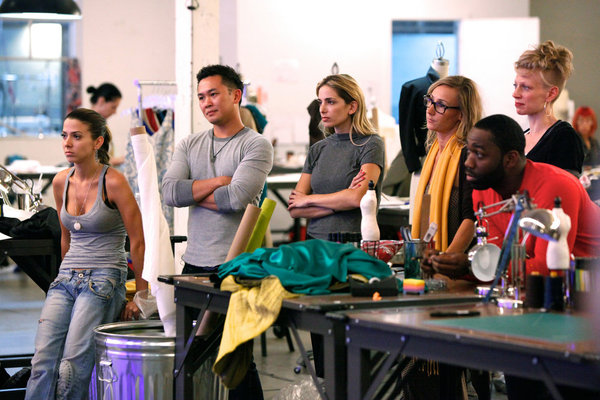 Tuesday night on NBC's "Fashion Star," the remaining seven designers were tasked with creating a brand campaign for their collections. Four designers were successful in formulating their brand and America's top three retailers - Macy's, H&M and Saks Fifth Avenue - purchased four of the most comprehensive designs.

Celebrity mentors Jessica Simpson, Nicole Richie and John Varvatos helped guide Kara Laricks, Luciana Scarabello, Nzimiro Oputa and Ronnie Escalante in constructing their winning creations, which are available online and in stores now. The series, hosted and executive produced by Elle Macpherson, continues the search for America's "Fashion Star" in next week's episode airing Tuesday, May 8, (10 p.m.) when, in a twist, the retailers decide what garments each designer will create.

While four designers were successful in conveying their brand in their imaging campaigns, some of the designers had difficulty creating a consistent message. The celebrity mentors and buyers criticized Nikki Poulos' decision to use her own likeness for her campaign. Meanwhile, Texan designer Ross Bennett ignored Simpson's advice regarding the colors in his photo shoot. Bennett, Poulos and Orly Shani found themselves in the bottom three. The mentors chose not to save anyone, and in the end, Ross Bennett was eliminated from the competition.