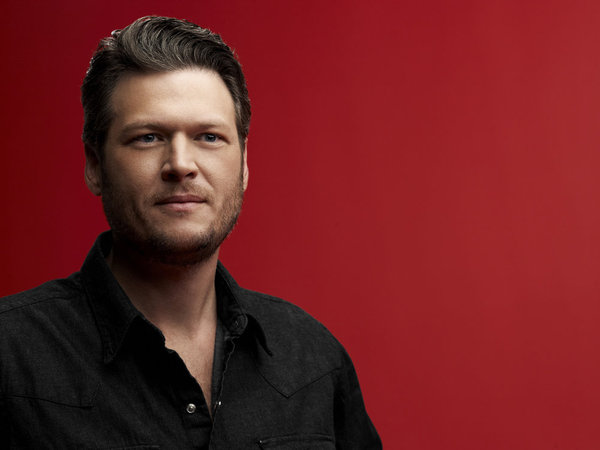 'The Voice': Coach Blake Shelton performs his new single, 'Over'

The semifinals kick off on "The Voice" Performance Show, Monday, April 30 (8 to 10 p.m.), on NBC as all eight semifinalists will each perform one song in addition to a group performance. Teams Adam and CeeLo will come together to sing "All These Things I've Done" by The Killers, while teams Blake and Christina unite to sing Lady Gaga's "The Edge of Glory." Plus, "The Voice" presents Coach Blake Shelton, ACM and CMA Male Vocalist of the Year, in the world television premiere performance off his new single, "Over," off his album, "Red River Blue."

The finalists will then be revealed on "The Voice" Elimination Show, Tuesday, May 1 (9 p.m.) as only one artist per team will advance to represent their coach in the finals, narrowing the field down to four. The artist on each team with the highest score based on a combined percentage of viewer votes and coach's score from the previous night's Performance Show will move on for a chance to be crowned "The Voice."

But first, "The Voice" welcomes back its season one finalists to join forces with three of music's biggest talents; Cyndi Lauper, Kid Cudi and Coach CeeLo Green himself. Blake's season one finalist, Dia Frampton, is set to perform her single "Don't Kick the Chair" featuring Kid Cudi off her debut album, "Red," while Vicci Martinez sings "Come Along" featuring her former coach, CeeLo. Also, Grammy-winning singer/songwriter Cyndi Lauper graces "The Voice" stage for the first time to perform her classic hit, "Money Changes Everything," alongside Coach Christina Aguilera's season one finalist, Beverly McClellan. And reigning champ Javier Colon performs his new single, "A Drop in the Ocean," off his current album, "Come Through for You."