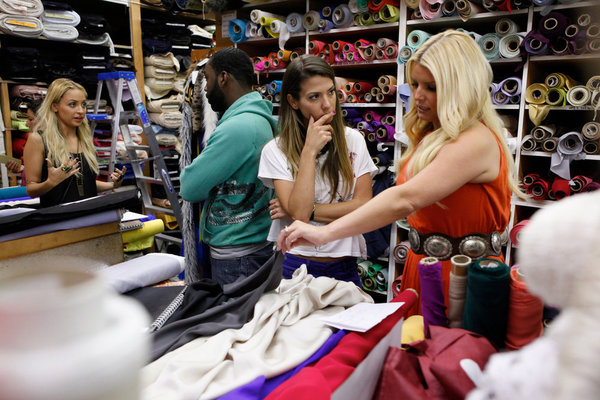 Tuesday night on NBC's "Fashion Star," the remaining designers were paired off with celebrity mentors Jessica Simpson, Nicole Richie and John Varvatos who then chose what each of them would construct for the week. Four designers were successful in creating garments that America's top three retailers (Macy's, H&M and Saks Fifth Avenue) were interested in purchasing.

The series, hosted and executive produced by Elle Macpherson, continues the search for America's "Fashion Star" in next week's episode airing Tuesday, May 1, (10 p.m.), when the designers are tasked with creating a brand campaign for their collections.

While Shani and Escalante raised the bar with their daring design choices, some of the designers failed to impress the retailers. Ross Bennett and John Varvatos butted heads over fabric choices and Sarah Parrott's lack of confidence hindered her creative process. Bennett, Nzimiro Oputa, Parrott and Nikki Poulos faced elimination after not receiving a purchase. The celebrity mentors saved self-taught designer Oputa. In the end, Parrot's lack of confidence resulted in her elimination from the competition.

"Fashion Star" scoured the country in search of the next big brand in fashion. Fourteen unknown designers were chosen and given the chance to win a multi-million dollar prize to launch their collections in three of America's largest retailers: Macy's, H&M and Saks Fifth Avenue. The series features host and executive producer Elle Macpherson along with celebrity mentors Jessica Simpson, Nicole Richie and John Varvatos.