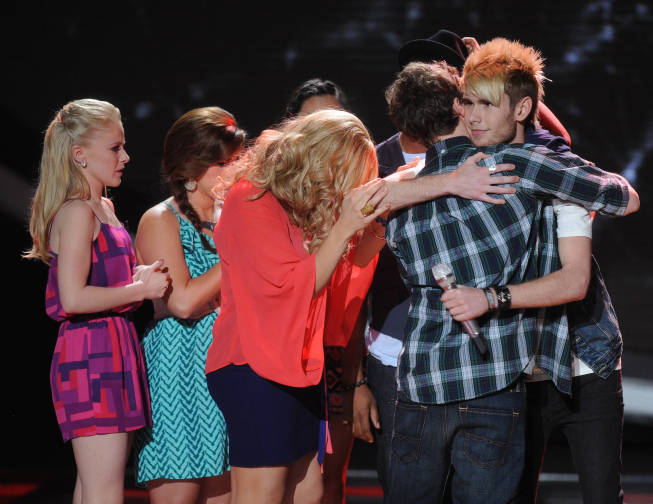 Colton Dixon was eliminated Thursday on "American Idol" after he received the fewest of the 53 million votes cast for the finalists.

Next week, on Wednesday, April 25 (8 to 10 p.m.), the top six - Hollie Cavanagh, Skylar Laine, Joshua Ledet, Phillip Phillips, Jessica Sanchez and Elise Testone - return to the "American Idol" stage to sing for America's votes on a Queen-themed performance show. The finalists also will get to perform a group medley with Brian May and Roger Taylor, original members of the legendary rock group Queen.

Tune in the following night, Thursday, April 26 (8 p.m.), to the live results show to find out which top six finalist is sent home. In addition, Katy Perry will perform her newest single, "Part of Me"; the official touring Queen tribute, "The Queen Extravaganza," will perform their classic smash hit "Somebody To Love"; and "American Idol" Season 10 finalist Stefano Langone will perform his new single, "I'm On A Roll."