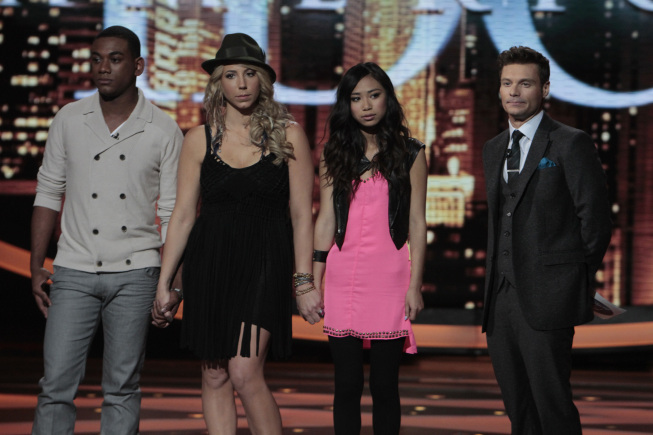 'Idol' judges use save

Thursday on "American Idol," in a surprising and dramatic turn of events, judges Randy Jackson, Jennifer Lopez and Steven Tyler saved Jessica Sanchez from elimination, after she received the fewest votes among the finalists. Sanchez will continue in the competition and take the stage along with the other six finalists next week.

Tune in the following night, Thursday, April 19 (8 p.m.), to the live results show to find out which top seven finalist is sent home. In addition, LMFAO performs its smash hit, "Sorry For Party Rocking," and "American Idol" season eight winner Kris Allen performs his new single, "The Vision Of Love."