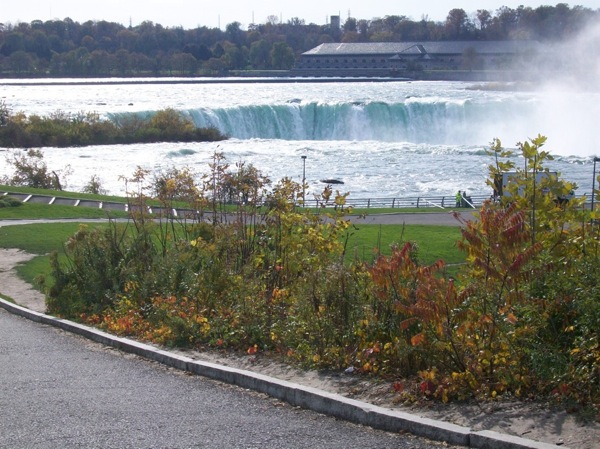 "Governor Cuomo is committed to spurring job creation in Western New York, and Niagara Falls State Park is a huge asset to the region's economic future," Harvey said. "The park welcomes more than 8 million visitors annually. This investment will provide visitors with a memorable and enjoyable visit to the falls, and ensure our flagship park remains competitive as a top international tourism destination and a force in the region's economy."

The Niagara Falls State Park initiative is part of the governor's comprehensive New York Works Fund, announced in the State of the State address, to put thousands of workers to work by making strategic investments to improve roads and bridges, municipal water systems, state parks and historic sites, and dams and flood control projects.

The initiative will fund improvements to the park's most popular and heavily used areas, including:

•Improvements to pedestrian and vehicle park entrances to the park and parking lots, including enhanced wayfinding signage to guide visitors to popular locations and facilities throughout the park.

•Reconstruction of the Cave of the Winds area, which is one of the park's most popular attractions.

•Design of a replacement for the American Falls Bridge, which, due to deterioration, currently has been reinforced with a temporary bailey bridge. The revitalization initiative includes funding for the design phase of the bridge replacement project. The cost of constructing a replacement bridge is not yet known; funding for the construction phase will be included in a future funding commitment.

The first project, rehabilitation of the park's Schoellkopf Overlook and Discovery Center, was initiated in December. Ground-breaking will occur on additional projects in 2012, including: rehabilitation of Luna Island, a heavily-visited overlook at the brink of the American Falls; rehabilitation of Three Sisters Island, which brings visitors to the edge of the powerful Niagara River rapids above the Horseshoe Falls; and reconstruction of the elevator that transports visitors down to river level to the Cave of the Winds deck. Construction of the other projects will occur over the next several years. Contracts to complete these projects will be awarded to qualified private construction firms through the state's normal competitive bidding process, and are expected to create approximately 240 construction and engineering jobs over the life of the initiative. Western New York construction firms are well situated to bid for these projects.

Funding for the $25 million Niagara Falls park revitalization initiative will come primarily from Niagara River Greenway monies provided to State Parks by the New York Power Authority, under commitments made by the authority in 2005 as part of its relicensing process for the Niagara Power Project hydroelectric dam. State Parks will consult with the Niagara River Greenway Commission on the projects.

"The Power Authority is proud to be partnering with Governor Cuomo and State Parks in the revitalization of Niagara Falls State Park - one of the great attractions in Western New York," said Gil C. Quinones, NYPA president and CEO. "As part of the 2007 relicensing of our Niagara Power Project, we pledged $450 million over the 50-year license in support of the Niagara River Greenway, with $150 million designated for parks and other recreational facilities within the Greenway boundary, which stretches from Lake Erie to Lake Ontario. Niagara Falls State Park, with its incredible vistas of the falls is a national treasure. We're delighted to help enhance the public's experience of this spectacular setting with our Greenway funding support."

"Visitors come from across the state, the nation, and the world to wonder at Niagara Falls awesome power and natural beauty," Harvey added. "As envisioned by illustrious park planner Frederick Law Olmsted, New York State Parks has a responsibility to assure that the park's public use facilities - our viewing points, walking trails, historic buildings, and landscaping - match the grandeur of Niagara Falls."

A 2009 study by Parks and Trails New York found State Parks in Western New York have a substantial impact on the regional economy. In Erie and Niagara Counties, spending by State Parks and its visitors generate $569 million in private business sales and support 4,700 private sector jobs.

Niagara Falls State Park is a state and national treasure. Created in 1885, it is the oldest state park in the nation.