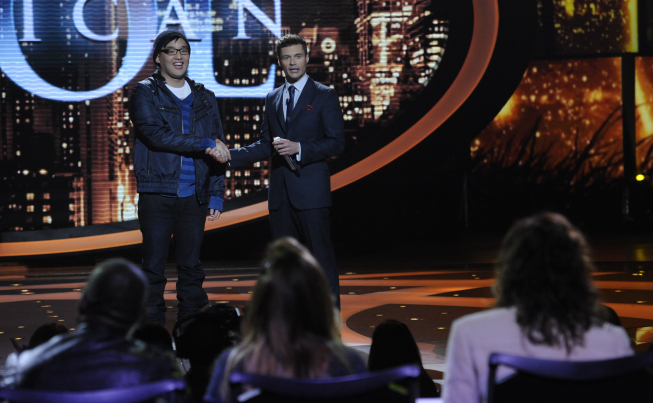 The Wanted to perform, Jennifer Lopez to premiere her new music video "Dance Again" on next results show

Heejun Han was eliminated Thursday on "American Idol" after he received the fewest votes among the finalists. Also on the results show, Nicki Minaj took the stage and performed her megahit "Starships" and season 10 "American Idol" winner and platinum-selling country artist Scotty McCreery returned to perform his newest single, "Water Tower Town." After McCreery's performance, Jimmy Iovine presented him with a platinum record signifying sales of more than one million units for his debut album "Clear As Day."

Tune in the following night, Thursday, April 5 (8 p.m.) to the live results show to find out which of the top eight finalists is sent home. In addition, The Wanted will perform smash hit "Glad You Came" and superstar and "American Idol" judge Jennifer Lopez will premiere her new music video for "Dance Again."