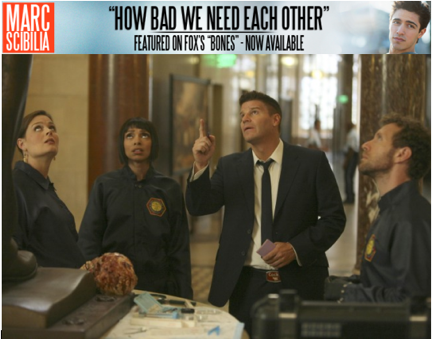 Marc Scibilia's first single, "How Bad We Need Each Other," will be featured in a pivotal scene of FOX's hit TV series "Bones" tonight at 8 p.m. In the episode, FBI Special Agent Seeley Booth (Buffalo's David Boreanaz) and forensic anthropologist Temperance Brennan (Emily Deschanel) prepare for the birth of their first child.

The song was released today. A live performance and studio version can be heard at www.marcscibilia.com or via