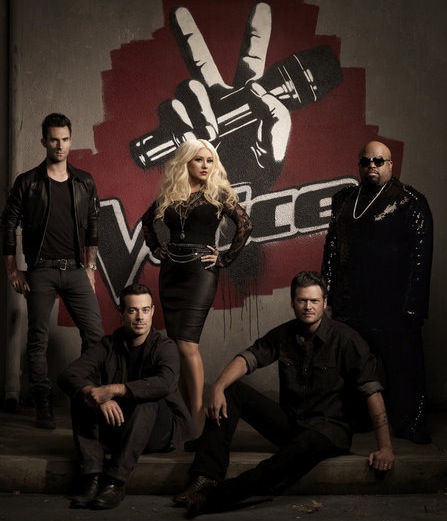 With the final "Battle Rounds" complete, the competition heats up as the top 24 artists from teams Adam, Blake, Cee Lo and Christina get set to compete for America's votes as the live performance phase kicks off Mondays beginning April 2 (8 to 10 p.m.), followed by an hour-long live results show on Tuesdays beginning April 3 (9 p.m. ET). The live shows will culminate in a two-hour season finale on Tuesday, May 8 (8 to 10 p.m.)

In the first of six live performance shows, 12 artists from two teams - six per team - will each perform a song and viewers will have the opportunity to vote for their favorites. The top three artists on each team who receive the most viewer votes will be revealed on the Tuesday results show the following night. Then, the bottom three artists on both teams will each fight for survival by performing an additional song in hopes of impressing their coach. Their coach must then choose who among the three will have the opportunity to continue on in the competition, and who will be sent home.

"The Voice" is a vocal competition show featuring celebrity musician coaches Christina Aguilera, Cee Lo Green, Adam Levine and Blake Shelton. Carson Daly hosts and serves as producer, and Christina Milian serves as social media correspondent. The show's innovative format features three stages of competition: the first begins with the blind audition, and then the competition enters into a battle phase, and finally, the live performance shows. In the end, each coach will have one star artist left ready to compete against the other teams' finalists to be named "The Voice" - the winner will receive the grand prize of a recording contract.