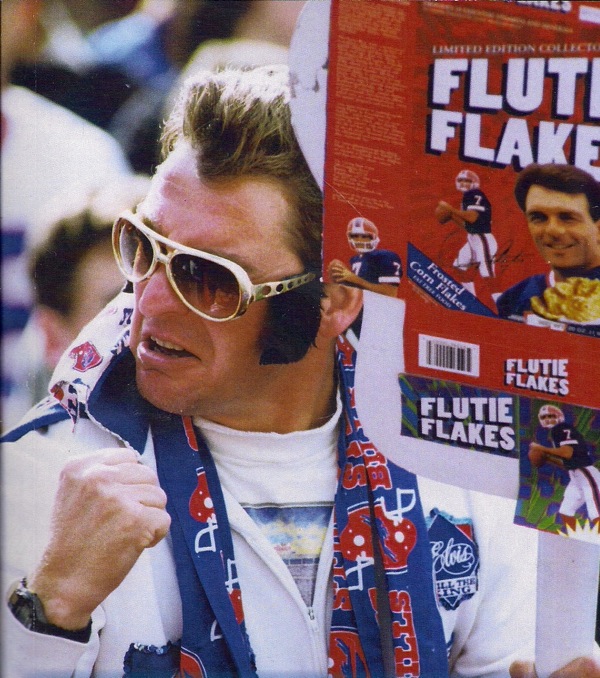 The Erie Canal Discovery Center is pleased to offer a free, public program and book signing for local legend John Lang. Most folks know Lang by sight as the ubiquitous "Elvis" at Buffalo Bills games. He has recently completed a new book about his antics, titled "Elvis is in the Scrumdown."

Lang will be on hand in costume at 11 a.m. inside the Discovery Center, 24 Church St., Lockport, on Saturday, March 31, to offer some reflections on his Elvis impersonation hijinks.

When Lang is not portraying his alter-ego, he serves as the president of Gothic Hill Entertainment and also works as a field representative in WNY for HD Supply. In his spare time, he is a certified referee for Upstate New York Rugby Society.

The Elvis impersonation got its start in 1991 when he made a friendly wager on a Miami vs. Buffalo Bills game that he could get on TV. Finding an old white jump suit and painting up an old guitar, he made his first appearance as "Elvis" for a Buffalo Bills game. Since then, "Elvis" has appeared on nearly every television network and has been seen worldwide. He has also been featured in the NFL Hall of Fame as well as the Madden Football Game and several commercials.