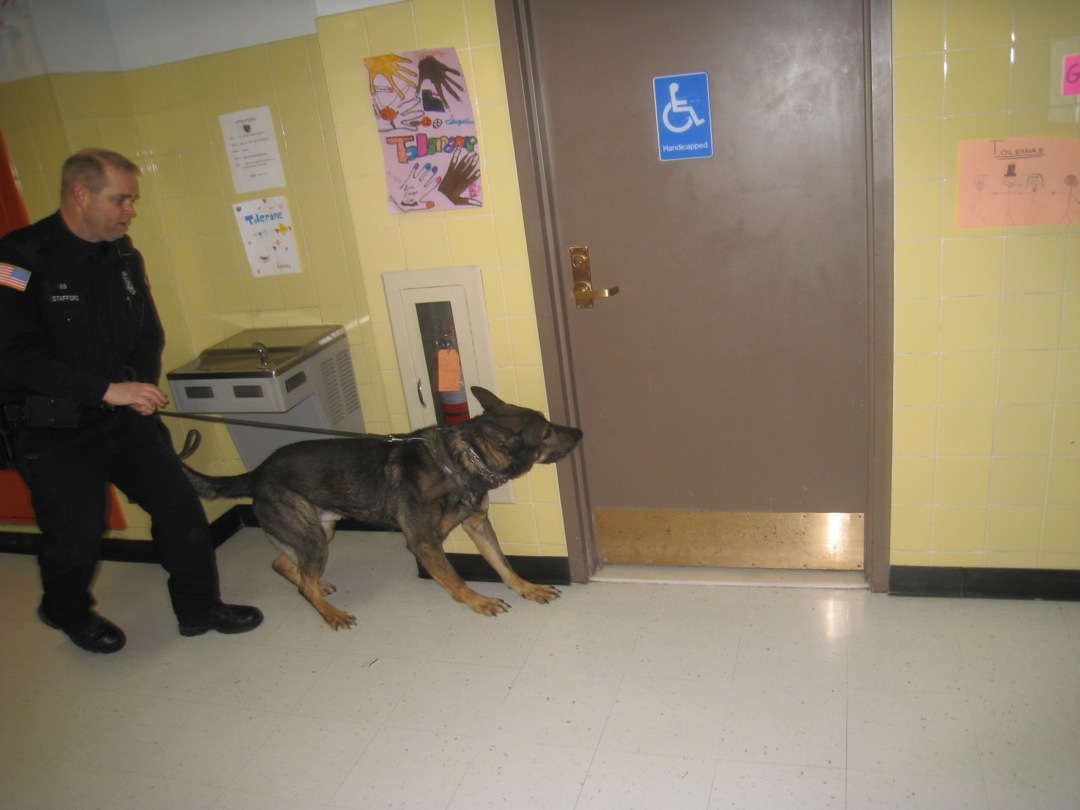 On Feb. 8, the Lewiston Police Department in conjunction with the Lewiston-Porter School District conducted a random K-9 drug search at Lewiston-Porter Middle School. Lewiston Police K-9 Officer Scott Stafford and "Radar," along with area K-9s from the Town of Niagara Police, North Tonawanda Police and Town of Tonawanda Police, responded to complete the search. Teams consisting of police and school administration explained to the students and teachers the reasoning for the search and how exactly the search would be conducted.

"The school was thoroughly searched with negative results, which is a 'win-win' situation for all involved," said LPD Police Chief Chris Salada. "The Lewiston Police Department is working extremely hard to combat the drug scene through these drug searches, the DARE Program and many other behind the scene methods."