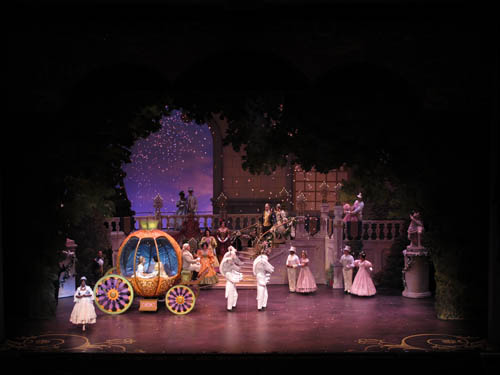 Artpark brings magic to the stage with 'Rodgers & Hammerstein's Cinderella'

Don't be late for the ball! Artpark presents "Rodgers & Hammerstein's Cinderella" for eight enchanting performances Aug. 9-17. The perfect summer theater outing for all ages, Artpark brings the charm of this classic fairy tale and the magical music of Rodgers & Hammerstein to life on stage.

Originally created for television as a star vehicle for Julie Andrews in 1957, its broadcast was seen by 100 million viewers and has since been adapted for the stage. "Cinderella" boasts all the trademarks of wonderful songs and lavish dance numbers associated with the classic works of the award-winning duo, Rodgers & Hammerstein, who are widely acknowledged as the all-time "Kings of Broadway."

Poor Cinderella is endlessly mistreated by her wicked stepmother and stepsisters. Denied a chance to go to the Royal Ball, it is only through Cinderella's innocent faith in a miracle that allows her wish to go to the ball to come true. Musical highlights include "In My Own Little Corner," "A Lovely Night," "Do I Love You Because You're Beautiful?" and "Impossible." This timeless rags-to-riches story will charm its way into your heart and remind you that dreams really do come true.

Tickets for this Mainstage Theater event will go on sale March 16 at 10 a.m. Visit www.artpark.net for showtimes and ticket information.