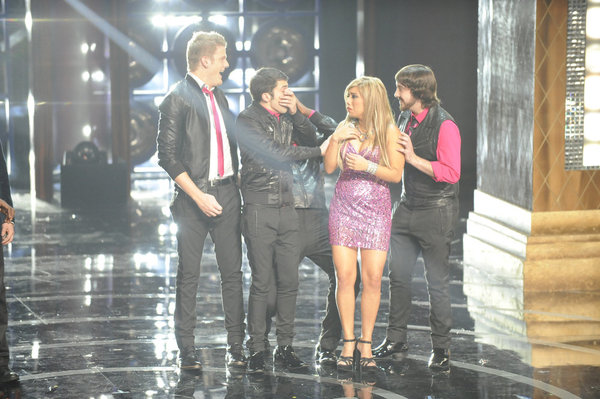 'The Sing-Off' crowns Pentatonix as winner of season three

After 10 intensive weeks of competition in front of judges Sara Bareilles, Ben Folds and Shawn Stockman, as well as host Nick Lachey, the field of 16 outstanding groups was narrowed down to the top three - Dartmouth Aires, Pentatonix and Urban Method. The judges turned over the decision to American viewers who cast millions of votes and chose Pentatonix to be the grand-prize winner.

Pentatonix consists of five members: Mitch Grassi, Scott Hoying, Avi Kaplan, Kirstin Maldonado and Kevin Olusola. Hoying, Kaplan and Maldonado are best friends from high school in Arlington, Texas, and they found the other two members earlier this year; Olusola via YouTube and Kaplan through a friend. They have a modern style and draw influences from several underground electro genres, including dubstep and garage house. Pentatonix melds electronic music with pop hits creating something that makes viewers want to dance and sing along at the same time.