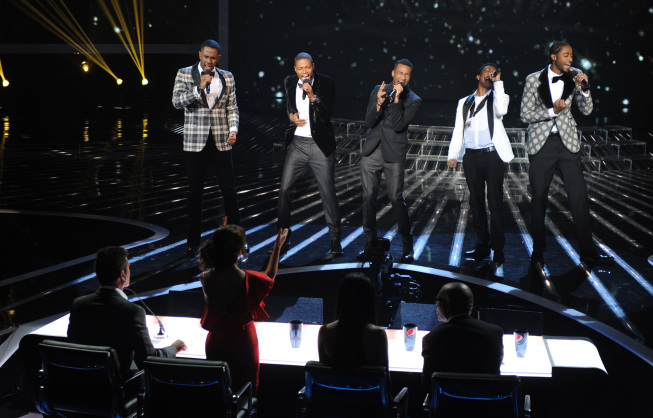 The $5 million grand prize notwithstanding, the Stereo Hogzz said they got exactly what they wanted from their time on "The X Factor." The Houston-based band was eliminated last week from the hit FOX reality show.

"At this point, we pretty much ... came and accomplished our goals," said group member Trae Badd (aka George Jenkins III). "We felt like, if the Stereo Hogzz got to go live to America, we'd be all right. We actually got to do it several times. So at this point, we'll just start making music and just start grinding, the old-fashioned way.

"We've got a lot of doors opening for us. We could barely get out of the building once they told us 'no.' We're taking everything in stride and trying to come up with a good game plan."

Plus, when Simon Cowell says there's no band on the planet as talented as the Stereo Hogzz, as he did on the first live performance show, "Oh, yeah, that's worth almost $5 million itself!" said group member Just'n (Justin Williams).

In terms of the future, the Stereo Hogzz said fans can expect a blend of what they saw on screen and what the fivesome did prior to "The X Factor."

"Musicwise, it's a little different. Our song choices had a lot to do with (mentor) Paula (Abdul) and the show and everything, and the theme of the week and everything," Badd said. "The 'Try A Little Tenderness' performance would be more like what you could get from our music when we hit the studio. It will be just as energized and creative as our performances, that's pretty much what we will do next.

"We actually have a very distinct style. Justin came up with the name Stereo Hogzz and it means we want to hog the stereo as a whole -- we want to be on our pop stations, your hip hop station, R&B, country -- it doesn't really matter. With the five different guys we have in our group, you can get any sound and get it legitimate. That's kind of like what we're looking to do, to be those guys you can fit in any shoes.

"We just wanted people to know we are well-versed. That's what our album will be like: really energetic and real creative just like we showed. A very distinct album -- nobody sounds like Stereo Hogzz."