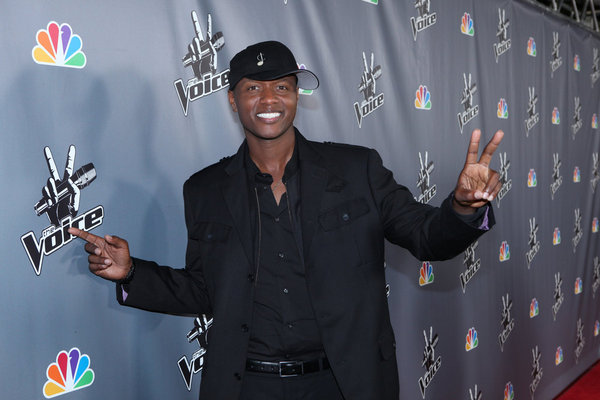 Javier Colon has morphed into a modern day Rocky Balboa, of sorts. Having fought for years to make a name for himself in the music industry, Colon was pondering throwing in the towel when he received an Apollo Creed-like opportunity this spring to perform on NBC's reality singing competition "The Voice."

Just like the "Italian Stallion," Colon made the most of his opportunity, convincing musician coach Adam Levine of Maroon 5 to mentor him, and winning over the show's 12-million-plus fans.

For the devoted husband and father, winning the competition "means everything," he said. "It's a new life. It means that I get to support my family doing something that I love. It means stability for my family. It means, hopefully, not having to, you know, not pay one bill one month so that I can pay another one that is more important or that is more overdue.

"You know, it just means that I can take care of my wife and my babies and that means the world to me."

Colon and Frampton were the final two. When it came time for host Carson Daly to announce the winner, Colon had his doubts.

"In that moment, I was expecting Carson to say, 'And the winner of 'The Voice' is Dia Frampton. That's what I was preparing myself for. I just, you know, I didn't think I was going to win," he said. "I just was preparing myself. I mean, I've been through so much in the business. I have this, you know, probably not the greatest habit, but I have a habit of having either very low or no expectations at all based on just what my past experiences have been. And you know, Dia is absolutely amazing."

"When he said my name I just honestly was in shock," he said. "I just couldn't believe that I had come so far and I actually won."

Like Rocky, Colon knew he had to take advantage of his opportunity, and show the world he has what it takes to be the champ.

"I knew what my task at hand was, and that was to go out every week and to focus on one song at a time, and go out there and perform that song to the best of my ability," Colon said. "And that was the only thing in this competition that I myself could control."

Now that he's taken the singing title, Colon, who performed with Fleetwood Mac singer Stevie Nicks on the season finale, will head out on the road with "The Voice" top eight.

"We're going to have the band that was on the show with us, I believe is going to be coming out with us as well. And it's just going to be such a good time, and I'm so looking forward to it, as are my other seven contestants out of the top eight. We're all really looking forward to getting together and having some fun."

This fall, Colon will enter the studio to make his first record as "The Voice."

If the opportunity presents itself, Colon would record a track or two with his coach and mentor.

"Adam and I were at the wrap party for 'The Voice' (Wednesday) and we talked a lot about that - about getting in the studio and either him producing a track, maybe, or at least us getting in together to work on writing a song together," Colon said. "He had some ideas and he wanted to share them with me, so I'm hoping that we get to do that really soon. He's pretty busy with his upcoming touring schedule and then things like that. So I want to try to get together in the next few weeks to try and work out something. But, you know, I love working with him. I love singing with him.

"I mean, singing 'Man in the Mirror' with him was amazing. I thought our voices blended really well together, and I'm looking forward to getting together with him on some more music in the future."

•NBC released each of the four original songs from the finals to radio via Universal Republic Records.

•All four musician coaches will return to "The Voice" when it returns for season two, following the Super Bowl in 2012.