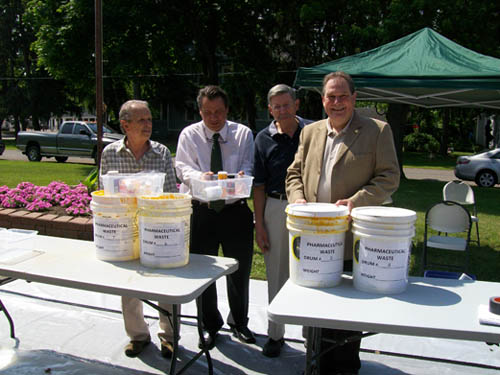 Richard P. Pope, director of the Niagara County Refuse Disposal District, and members of his team were in Lewiston last Saturday for a pharmaceutical collection event at the Red Brick Municipal Building. From 9 a.m. until 1 p.m., unwanted pills were collected, stored and then later shipped to Covanta Energy for incineration.

The pills are collected and destroyed as a means of preventing residents from flushing their unwanted medications down the sink and into the local water systems. Another collection event is slated for Aug. 20 in Hartland.