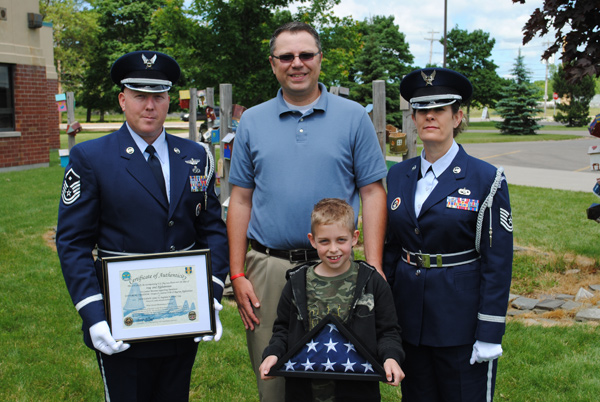 On Flag Day on Tuesday, Frank Yamonaco and Lisa Sveda of the 914th Airlift Wing at the Niagara Falls Air Reserve Station presented West Street Elementary School with a flag that Yamonaco had flown in Afghanistan and Iraq, while they were deployed from January to May. Dominic Yamonaco (pictured in photo No. 1 with Principal Theron Mong) and his classmates wrote letters and valentine cards to his father's wing members while they were serving overseas. The flag and plaque will be displayed on a Wall of Fame that will be going up in the West Street lobby.