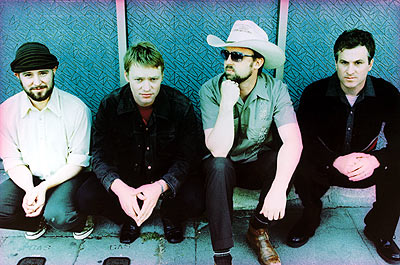 Funtime Presents welcomes Cake to Artpark on Friday, May 20. The California rockers hit the stage at 8:15 p.m.

Cake's new album, "Showroom for Compassion," was released in January. The band has recently been featured on late night television promoting the disc.

Cake formed in 1991 in Sacramento. They have had several hits throughout the 1990s and 2000s from their six albums. Although the band's music is often classified as alternative or indie rock, it combines multiple musical genres, such as funk, pop, jazz, rap and country.

Cake's music features droll lyrics rife with wordplay and syncopation (laconically voiced in a rap-like style by lead vocalist/guitarist John McCrea), catchy distorted guitar riffs, and a solo trumpet. Cake's musical style has been compared to They Might Be Giants, Talking Heads, The Cars and Camper Van Beethoven.

The band's biggest hits include "The Distance," "Never There," "Sheep Go to Heaven," "Rock 'n' Roll Lifestyle," "No Phone," "Short Skirt/Long Jacket" and an alternative remake of Gloria Gaynor's "I Will Survive".

For more information on the concert, call the Artpark Box Office at 754-4375 or visit www.artpark.net.