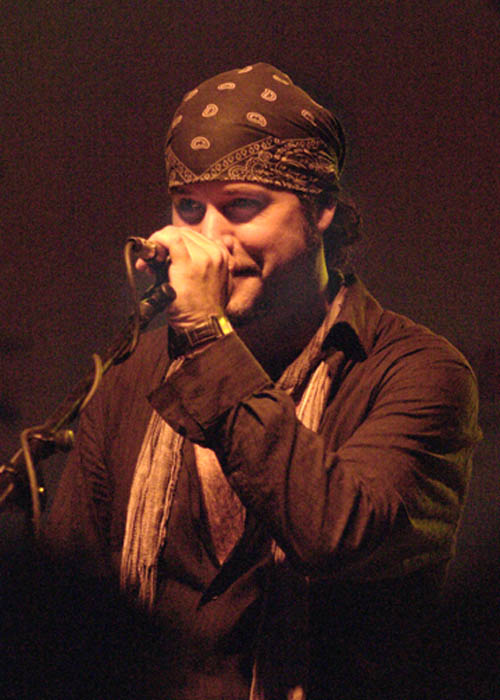 Jeff Martin of The Tea Party. (photo by Andrea Clare)

Jeff Martin is no stranger to Lockport, having headlined a Molson Canal Concert Series show there in 2008. But when he returns this summer, he'll have a few friends along for the ride.

"We are one of the first stops for these (reunion) shows," concert series spokesperson Kathy Paradowski said at a press conference on Wednesday.

Other headliners include Steven Page (formerly of Barenaked Ladies) on June 24, Dennis DeYoung (from Styx) on July 1, and Burton Cummings (of the original the Guess Who) on July 8.

"We try to be diverse and we try to listen to people," Paradowski said of the signed acts. Her performers "bring something different to the area."

The rest of the Friday night lineup includes:

All shows are free (parking, too), and begin between 5 and 5:30 p.m. in the Ulrich City Courtyard (off Main Street) in Lockport.

"I think it's a wonderful thing for our city," Mayor Mike Tucker said of the concert series. Though he couldn't offer any financial figures, he said Lockport is "very lucky" to have the series. Tucker noted, "Every Friday we have a record night (at local restaurants and hotels)."

"There is no room to stay in Lockport," Paradowski said. She described Lockport as the new hip place to be. "It's really like the new Niagara Falls Boulevard. It's awesome."

"We're very happy to be here in Lockport," she said.

Paradowski said the concert series draws between 8,000 and 20,000 people each week. Some of the performers from previous seasons include Our Lady Peace, REO Speedwagon, Gretchen Wilson and Tears For Fears.

For a list of opening acts, or for more information, visit www.canalconcerts.com.