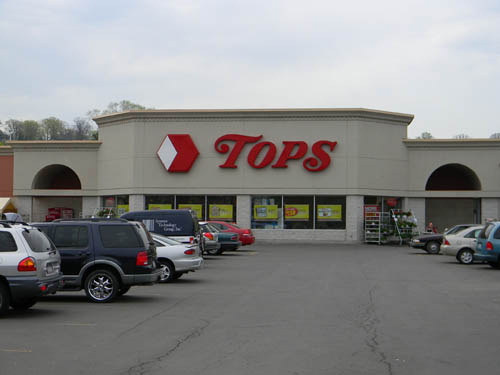 The Niagara River Region Chamber of Commerce will honor nine businesses and individuals at its annual Chamber Awards Gala, beginning at 5:30 p.m. Saturday, June 4, at the Niagara Falls Country Club in Lewiston. The evening is one of the chamber highlights of the year. It's held to celebrate the business community and those citizens who help contribute to the success of the region.

In this week's Sentinel, we continue our profiles.

DiMino's Lewiston Market Inc. (Lewiston Tops) was chosen as the recipient of the Chairman's Award by the Niagara River Region Chamber of Commerce board of directors and Chairman George Osborne. The popular Center Street grocery store has been a community staple in the Village of Lewiston since 1964 and is managed by stockholder Anthony DiMino.

The history behind the business starts with Anthony's father, Alphonso DiMino, who was one of the pioneers behind the start of Western New York's largest grocery chain, Tops Markets, and also suggested the name Tops and the famous diamond logo. In 1964, Alphonso and his brother opened a franchise Tops location in the Village of Lewiston, which Anthony has helped manage since 1977.

DiMino's Lewiston Tops has gone through several developments since then, including a remodeling in 1974, again in 1984, and an entirely new construction in 1998 with a major upgrade in 2006. The latest addition to the business happened earlier this year with the opening of Tops Xpress, a gas station and small convenience store located on the corner of Cayuga and South Eighth streets.

Tops has 180 employees, including four upper management positions, 12 department heads and 49 full-time employees. Customer service is the No. 1 priority and has been since the business started. As a progressive company, staying on top of grocery trends is key. The diverse selection of fresh produce, organics, a carry out café and home delivery has helped to make Tops stand above the competition. Many items have started in the Lewiston store and become standard Tops items, carried in stores all across Western New York.

The business is family owned and operated, an advantage that allows the company to make instant decisions and also have the ability to be more in tune with the community. Anthony's family includes his sons Alphonso and John, daughter Selena, wife Barbara and two grandchildren. The stockholders of the company include Anthony DiMino, his mother Catherine DiMino and sisters Mary Rose Casero and Ann Marie Hepfer. Additional family members also work for the family business, including Anthony's two nieces, nephew, brother-in-law, sister and his son, John, who is the manager of Tops Xpress.

Community involvement is an important part of Tops. The DiMino family has been involved with and sponsored many local organizations, including: Artpark, Niagara County Red Cross, Niagara Falls Boys and Girls Club, Mount St. Mary's Hospital and Health Center, St. Peter's School, Lewiston-Porter Central School, Stella Niagara, Opportunities Unlimited of Niagara, Niagara County United Way and hundreds of other organizations throughout the entire year. A scholarship program also has been developed to encourage higher education, with 16 scholarships handed out every year.

DiMino's Lewiston Tops is located at 906 Center St., and is open seven days a week. Home delivery service is also available to the Niagara River Region area by calling 215-1350.