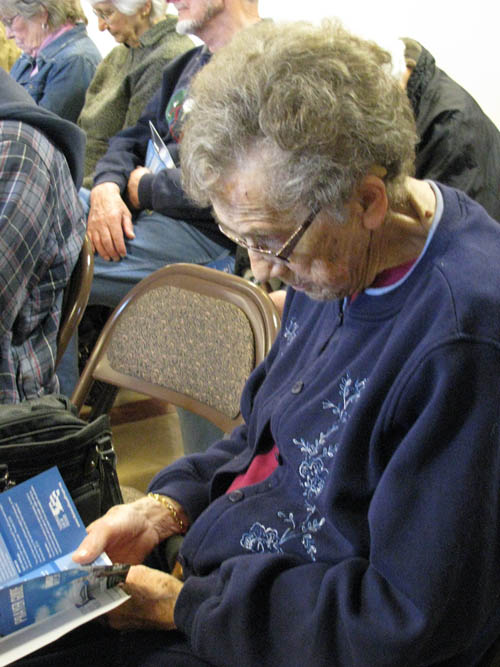 A Day of Prayer participant.

Day of Prayer in Wheatfield

The small crowd at the Wheatfield Community Center last Thursday made frequent use of two words that have been expelled from schools and come under attack in the government - "God" and "prayers."

As Wheatfield Supervisor Bob Cliffe pointed out to the group at the start of the hour-long event, "Prayer is an important part of all our lives."

The Rev. Robert Heisner, director of the Project Future in Wheatfield, did the welcome, recruiting one of his Project Future students, Nathaniel Mann, 11, of Lockport to lead the Pledge of Allegiance. The national anthem was sung and Pastor Ron Maines of Forestview Church of God in Sanborn read the 2011 Day of Prayer official prayer.

"What a privilege it is to pray!" Maines said.

Dottie Haenel and a friend drove in from Cambria for the event. With everything going on in the country and the world, strength is needed, they agreed.

"Right now, we can use all the prayer we can get," Haenel said.