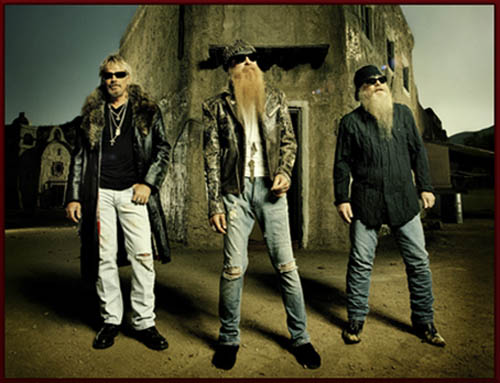 "Tuesday in the Park" star-studded; "Fame" lives forever in August

"It's going to be something special," Artpark President George Osborne said at Thursday's kickoff press conference.

The highlight of the season is the free "Tuesday in the Park" concert series. With a 12-week run of stars, including some of the aforementioned but also Blue Oyster Cult, Creedence Clearwater Revisited, 38 Special, Edgar Winter, George Thorogood, and The Machine, it's undoubtedly the most ambitious schedule in "TIP" history.

"I really think you'll agree it's the best (lineup) ever," Osborne told the media.

He was especially excited about Lynyrd Skynyrd (July 26) and ZZ Top (Aug. 2), even going so far as to recount his directive to Artpark's booking team. ("I said) 'I want you to go all out to get these two bands,' " Osborne said.

Of the former, he said, "Everybody wanted Lynyrd Skynyrd, but we won." And of the latter, he noted, "I don't think they've ever played a free concert (in Western New York)."

Artpark Wednesdays, which skew more toward a younger audience, boasts Umphrey's McGee, The Trews, moe., Bright Eyes, O.A.R. ... Oh, yeah, and someone by the name of Gregg Allman on Sept. 7.

With Keillor set to retire next year, Osborne said, "This may be our last chance in the Buffalo-Niagara market to see Garrison Keillor live."

Artpark's Broadway show this summer is "Fame - The Musical," which reunites the venue's power couple of director Randy Kramer and choreographer Lynne Kurdziel-Formato. The show is on stage Aug. 12-18.

The Buffalo Philharmonic Orchestra returns to Lewiston in July for "Artpark Summer Classics." Conductor Matthew Kraemer will preside over "Mendelssohn: A Midsummer Nights Dream," "Nicolai: Overture to the Merry Wives of Windsor," and "Mozart: Piano Concerto No. 20" on July 14, and then "The Best of Italian Opera" on July 21. BPO principal conductor JoAnn Falletta takes the reins on July 28 for "Shostakovich: Festive Overture," "Joaquin Rodrigo: Concierto de Aranjuez," and "Tchaikovsky: Symphony No. 5" on July 28.

Artpark is offering $10 lawn tickets for the BPO shows in an attempt to draw in more patrons.

Families and children will have no shortage of activities this summer, as Artpark presents Popovich Comedy Pet Theater on May 17, the debut "Fairy House Festival" on June 5, "Free Family Movie Night" featuring "Toy Story 3" on Aug. 22, free "Family Saturdays" workshops and live performances in July, and an assortment of camps.

"We want to place an emphasis on our family programming," Osborne said.

The Buffalo Society of Artists Gallery at Artpark will be open to the public Tuesday through Friday and in conjunction with BPO concerts and "Fame" performances.

Artpark also hosts the "Edges II" outdoor sculpture competition from May 30 until Sept. 17, and the Niagara Wine Trail "Wine & Culinary Festival" on July 30-31.

Finally, Lewiston's own Free Henry!, which won the 2010 "Rock the Park" contest, will perform a special free concert at 6:30 p.m. on Monday, June 13, on the outdoor amphitheater stage.

Last season, more than 275,000 people attended an event at Artpark, generating an estimated $16.2 million into the local economy.

"Artpark brings out the sun and dry weather," board Chairman Chris Brown said. "We're really looking forward to a great season this year."

For more information, or for tickets, call 754-9000 or visit www.artpark.net.