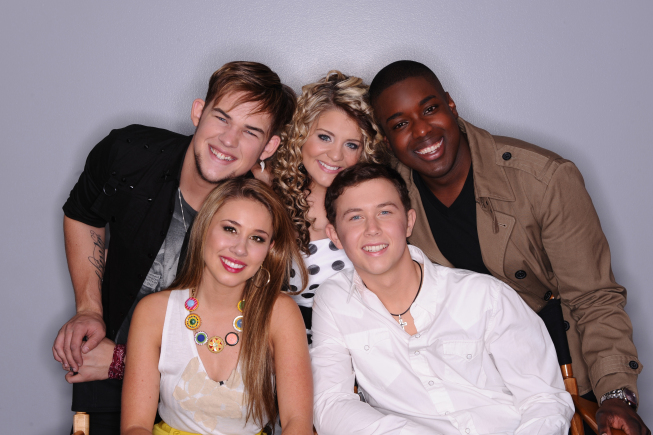 Top 5 perform songs from "Now and Then" Wednesday

On Wednesday, May 4 (8-9:30 p.m. ET live/PT tape-delayed), the Top 5 finalists - Lauren Alaina, James Durbin, Jacob Lusk, Scotty McCreery and Haley Reinhart - return to the "American Idol" stage to perform songs from "now and then" - one current song and one from the 1960s.

Then, on the following night, Thursday, May 5 (8 p.m. ET live/PT tape-delayed), catch the live results show to find out who will make it to the Top 4. In addition, "American Idol" judge and global superstar Jennifer Lopez will perform "On The Floor" with rapper Pitbull, and country music sensation Lady Antebellum will sing their latest song.