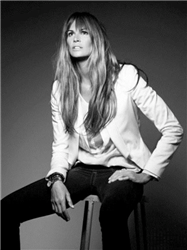 NBC, multi-media studio Electus, an operating business of IAC, and The Magical Elves (Emmy Award winners for "Top Chef" and the original producers of "Project Runway"), announced the search for the next big brand in fashion with "Fashion Star" (working title) - a new reality competition series to be hosted by Elle Macpherson, world-famous super-model icon, actress and businesswoman.

"Fashion Star" is designed not only to groom and discover America's next popular brand, but through an exciting new format twist, it will allow viewers at home to buy the winning designs each week. The show will target real-time consumer feedback and interactivity and will span all categories of fashion, from suits and dresses to lingerie, denim, bathing suits, shoes, accessories and more.

"Brands have become expressions of communities and statements of identity. Polo, Kate Spade, Uggs, Ray*Ban and Victoria's Secret are all great examples of brands that have popped and reflect an entire lifestyle beyond just articles of clothing. This country is overflowing with incredibly talented designers from all walks of life who are waiting to be discovered," said Paul Telegdy, executive vice president of alternative programming for NBC and Universal Media Studios. "Who better to host then Elle Macpherson - her impeccable fashion sense and 30 years of experience building her eponymous brand are tremendous assets to the show and the designers."

The series will give 12 unknown designers the chance to win a multimillion-dollar contract to launch their line in America's largest retail stores. Each week, the designers will be put through a variety of challenges that will push them to further develop and expand their brands.

Famous designers and buyers from America's largest retailers will serve as the judges, making on-the-spot decisions as they bid against each other, dipping into their own wallets to purchase the work of these up-and-coming designers. These items will shape the future of their stores and create the next big trends for their consumers. At the end of each episode, America will have the chance to immediately purchase the winning designs showcased on the episode that week. What viewers see on TV that night will be on the streets and in stores the very next day. With just a single trip down the runway, "Fashion Star" will change the lives and fortunes of these aspiring designers forever.

"We are excited to team up with NBC to discover and develop the next major fashion brand for retailers around the country and deliver the next breakout television show for an audience that is increasingly obsessed with fashion," said Ben Silverman (Emmy and Golden Globe Award-winning producer and creator and executive producer of "The Biggest Loser"), CEO and founder of Electus. "The stakes are higher than any other competitive reality show, as 'Fashion Star' pulls back the curtain on what it really takes to launch a major national brand."

Hosted and executive-produced by one of the world's most famous fashion icons, Macpherson best embodies the role of what it means to be a smart, savvy and creative business woman as she is also the founder of a series of internationally successful, U.K.-based business ventures including Elle Macpherson Intimates, a lingerie line celebrating its 20th year, and "The Body," a line of skin-care products. The Australian-born Macpherson became one of the world's top fashion models and was named as one of People magazine's "Most Beautiful People."

Macpherson's television credits include hosting and executive producing two seasons of the hit series "Britain's Next Top Model." She has also appeared as a regular on the recent series "The Beautiful Life: TBL" as well as a recurring role on "Friends." Among Macpherson's feature films are "Batman & Robin," "If Lucy Fell," "Jane Eyre," "Sirens" and "The Edge," in which she was opposite Anthony Hopkins. She also has hosted NBC's "Saturday Night Live." Macpherson is represented by Fortitude.

Fashion designers featured on the show will include everyone from the stay-at-home mom who makes her own clothes to sell at the local flea market, to the recent Parson's graduate who just landed his or her first job at Marc Jacobs. All the contestants will be put to the test to see how they react in a variety of real-world scenarios to determine who has the vision and desire to build a fashion empire and achieve their dream. With top experts as their guides and mentors throughout the process, designers will have to be as adept in the business of fashion as they are in their creativity as it's up to them to make their brand a national reality.

In the end, one designer will successfully combine fashion and business to become the next "Fashion Star" and have their entire fashion line on sale exclusively in one of the biggest retailer's in the world.

The show is executive-produced by Silverman of Electus, Lipstiz and Cutforth of The Magical Elves, Ringbakk of 5x5 Media (a full-service production company in an overall production and distribution agreement within the Electus studio system), Macpherson, Johnston and Deutch of Global Fashion Association. Electus/Engine Distribution will retain all international distribution rights.

For more information on casting, go to www.KASSTINGINC.COM.