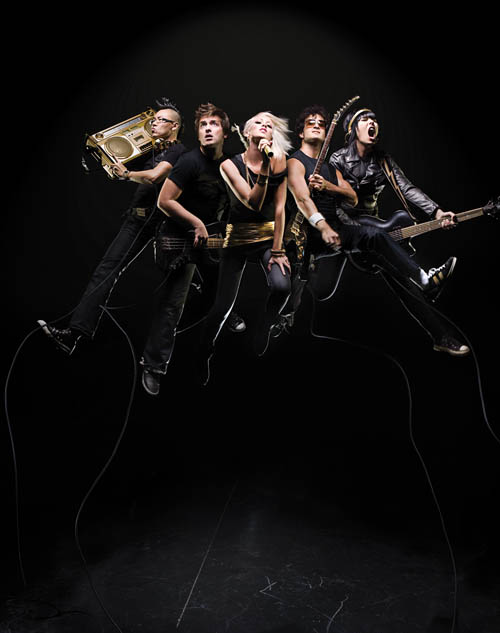 Superchick rocks what they got

Video game rock songs combined with lyrics motivating listeners to use their gifts and achieve their destiny. If you think that's an odd combination, then just wait. The band responsible, Superchick, is a Christian band that is legitimately cool.

Now, when Jesus said, "Go into all the world and preach the gospel," it's debatable whether or not he had Xbox or Nintendo Wii in mind. Or a super-charged melding of pop, rock and punk music, for that matter. Yet, those are the tools Superchick has used to encourage its youthful fans to live more meaningful lives (that is, to "Rock What You Got," as the band's album states).

The worst thing that can happen, Dally says, is when we limit ourselves.

"Sometimes your dreams aren't practical, you know, but God is a big God, and God is bigger than all things," he says. "If we just let our guard down and said, 'God, I trust you; I feel like I need to be a writer; I need to write a novel'; and I just started writing a novel, soon enough ... you're going to be a better writer and one day somebody's actually going to pay you for it.

"You'd be surprised how many people just sell themselves short; just like, 'Oh, that's not practical; I need to go to school; I need to be a doctor; I need to have 9 to 5.' When they're mid-30s and maybe married and have a couple kids, they just realize, 'Oh, my gosh, I'm wasting my life. I'm not even passionate about this. Now what do I do?' "

Dally can make those statements because he took his own advice and it worked. He and his bandmates - singer Tricia Brock, DJ Max Hsu, drummer Chase Lovelace and guitarists Melissa Brock and Dave Ghazarian - avoided time clocks and whatnot and are approaching 1 million records sold.

"We just want to encourage people that (if) God is calling, jump and do it," Dally says. "Don't ask questions. Don't ask if it's practical. If God's calling you to move everything that you have to Africa, and you have a mortgage, kids and a family, you do that, because God's going to take care of you; he's going to bless you."

Dally says God has blessed his band with opportunities to perform music all around the world.

Superchick performs Wednesday, March 23, at The Hub in Hamburg. The show is one of the band's stops on its "Reinvention" tour.

"We just like to put on a great show," Dally said. "We like to jump around. ... We're not one of those bands that thinks, 'Oh, you paid money (to) come watch us.' The crowd is just as much involved in the concert as anybody else. In fact, I feel that they play more of an important role. So, if they're ready to party and have a good time, the show's going to be great.

"That's kind of how we do things. So, we're excited to come to Buffalo and just rock our faces off like never before."

Superchick performs Wednesday at 6:30 p.m. The Hub is located at 4999 McKinley Parkway, Hamburg. For more information, or for tickets, call 1-800-937-7977 or visit http://www.thehubsite.com. Tickets are available at the door and in advance at Kingdom Bound Ministries.

Visit Superchick on the Web at http://www.superchickonline.com.