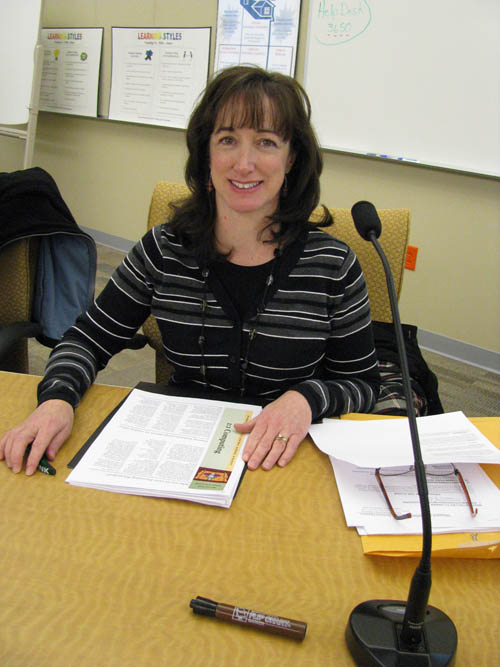 N-W board seeks replacement for Pittman

The Niagara-Wheatfield Board of Education may have a replacement chosen for board member Lori Pittman by the end of its next meeting on Wednesday, March 2.

Board President William Conrad said this week that anyone interested in filling the approximate year and a half remaining in Pittman's term has until Friday, Feb. 25, to notify him through the school district offices.

Pittman resigned this month, saying that she agreed with former board member Maureen Kaus, who decided not to seek re-election last spring after 15 years of service.

"I don't think the district is going in the direction we'd hoped," said Pittman, who was first elected in 2006 and re-elected in 2009.

Conrad said interested candidates for Pittman's seat will be interviewed by the board members as soon as possible. If things work out, a new member could be announced after Wednesday's board executive session.

So far, he said, "There have been all kinds of rumors" about who might apply for the seat, but as of Feb. 23, only two official applications had been received. One was from RoseMary Warren, a former board member and regular speaker at county government and school board meetings. The other applicant is Sally Kolkmeyer, a West Street Elementary School parent and member of the school's parent-teacher group.

Pittman said she felt like she wasn't needed on the board, that she was always in the minority when decisions were made. She cited the decision to cut a librarian at Errick Road Elementary last year ("That's a lot of children affected."), yet spend funds on the Twilight after-school program, which helped only 20 students graduate. She also felt the superintendent's contract extension vote wasn't handled properly and said when she asked questions, she was met with animosity. She was unhappy that Paul Sikora, the district's attorney and human resources director, would not be replaced, but his duties would be divided among others ("Who's going to watch the legalities there?").

"I guess it's perception," Conrad said of Pittman feeling she was in the minority. At the last board meeting, he had two ideas that were "shot down" because the superintendent and the rest of the board felt differently. He added that the school district wasn't as focused on infrastructure as in the past and is more focused on "kids and programs."

He called the loss of Pittman and her experience "very unfortunate," especially with the board facing decisions on budget cuts this year.

"We're doing more with less. We're doing our best to cut where we can cut and spread the pain a little bit," Conrad said.

Applications for those interested in Pittman's seat should be addressed to Conrad and delivered to the district office at 6700 Schultz St., Bergholz, by Feb. 25.