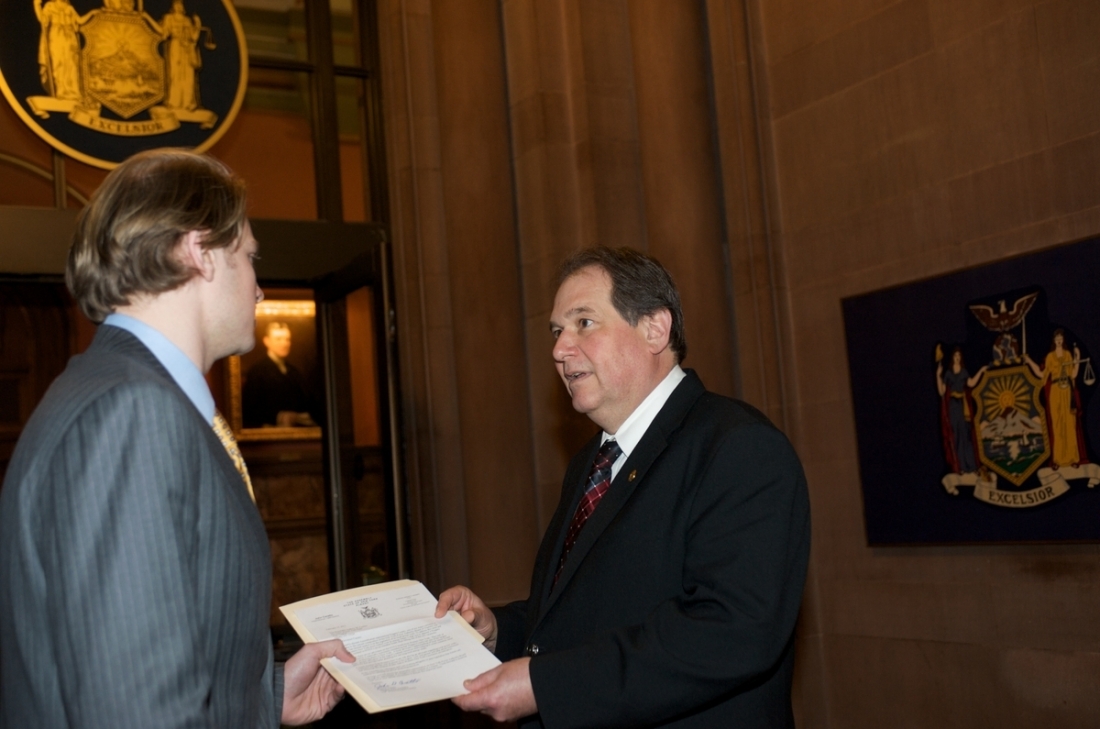 Assemblyman John Ceretto, R-138th District, is urging Gov. Andrew Cuomo to appoint a Niagara County resident to the New York Power Authority's board of trustees in order to fill one of its vacancies. There is currently no representative from the Western New York region on the seven-member board.

Ceretto said the appointment of a Niagara County resident to NYPA would give Western New York more control over its energy future.

"Counties from across the state have to work with NYPA," Ceretto said. "Yet Western New York's lack of representation on the board of trustees hurts our region's ability to lower energy costs and limits Niagara County's control over the creation and utilization of its hydroelectric power."

The New York Power Authority is the largest state-owned energy agency in the country. Based out of White Plains, Westchester County, it consists of energy brokers selling power to government agencies, community-owned electric systems and rural electric cooperatives, companies and neighboring states.

"The addition of a Niagara County resident will be an asset to the board. They will be the voice of concern regarding high power costs and a key piece to any statewide energy plan," Ceretto said. "Niagara has the largest electric-producing plant in New York state. This energy should be used to lower power costs in Western New York, which could be the catalyst for an economic renaissance for businesses, while providing families with needed relief from excessive energy rates."