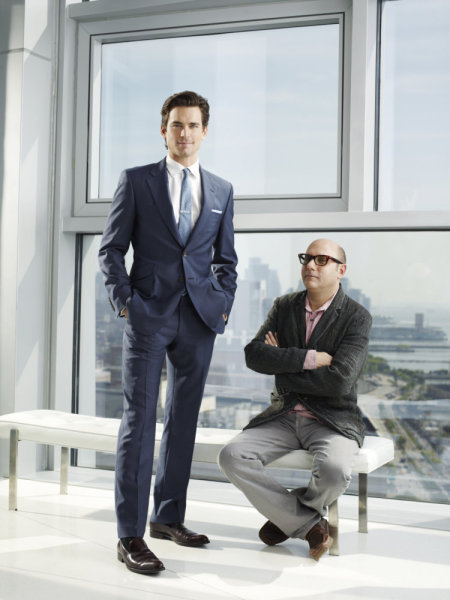 Fast-paced crime fighting paired with intricate storylines and presented by slick, charming heroes has made "White Collar" a hit. And, thanks to the show's propensity to offer the big reveals surprisingly early, "White Collar" is remarkably easy to watch.

Fans of "White Collar" can expect more of the same when the series returns Tuesday to conclude the second half of its second season (10 p.m., USA Network). As per usual, cliffhangers will be promptly resolved (Mozzie's shooting, in particular), and con man Neal Caffrey (Matt Bomer) and FBI Agent Peter Burke (Tim DeKay) will continue their "Odd Couple" bromance.

"I think I can safely say that a lot of really big storylines that we've been exploring over the past couple of seasons really get brought to a head and (we get) closure on a lot of things," Bomer said. "We get a glimpse into a lot the characters' pasts and see why they are who they are and how they got that way. We get to see, as usual, sort of a liquid trust dynamic between Peter and Neal. Then obviously also we get some resolution to Mozzie's incident relatively quickly."

As Neal and Peter close in on Julian Larson (Paul Blackthorne), the person who shot Mozzie, they will discover more about the mysterious music box, and its connection to the murder of Neal's girlfriend, Kate (Alexandra Daddario).

"Usually there are two questions people ask me about the show," DeKay said. "It's 'What's Mozzie's fate?' and, 'What's going on with the music box?' It's exciting. I feel like I keep giving the same answer of, 'Oh, you won't be disappointed, let me tell you."

While "White Collar" creator and Exec. Producer Jeff Eastin isn't one for delaying viewer gratification, Bomer and DeKay said their series works well because there's always a new and grander mystery right around the corner.

"All I can say is that in the last episode of the season I never - I mean, if you locked me in a padded room for five years and made me continually guess where this season was going to end, I never would have come up with this," Bomer said. "It was astounding and amazing and surprising and incredibly fun."

"Yes, when I read the last episode I did everything I could not to call my wife, my dad, just - 'You won't believe this. This is incredible.' But I didn't want to do that because then they would just bug me and say, 'Well, what is it? What is it? What is it?' " DeKay said. "So I didn't. But, yes ... Jeff and the writers were able to shut the lid on the music box - no pun intended - and within one second turn around and open up this other one that just was astounding."

Bomer said, "the great thing about having somebody like Jeff at the helm is that you know whatever it is, it's going to be fun and interesting and well written. You get what you get and you don't get upset."

"White Collar" airs Tuesday at 10 p.m. on the USA Network.