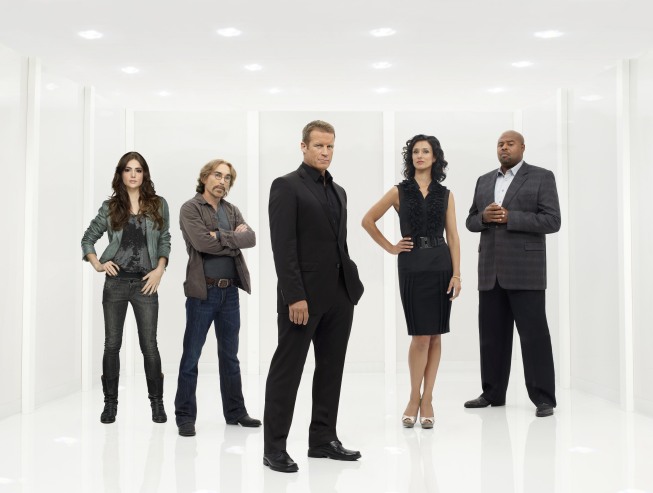 "Human Target" had it all in season one.

All except women, that is.

But now, as season two begins (8 p.m. tonight on Fox), the guys on "Human Target" are about to get in touch with their softer side.

"(In) the premier you really get to know everybody; I mean, (Exec. Producer) Matt Miller pulls everything together just brilliantly," Valley tells BTS. "It's almost as if he had this whole entire story in his head before he showed up.

"At first, we meet Indira Varma's character, Ilsa, who shows up as like a kind of wealthy financier and widow who has someone chasing after her and just wants to hire the best to kind of protection herself. So, instantly we see her trying to put our team back together again because she needs us. That generally is how the team comes back together is we all need each other in some strange ways, and it pulls us together.

"As we're going through the mission to save Ilsa, we meet a young thief, and she's working for the other team, but we don't really know how involved she is with them. Chance and the rest of the crew realize how talented that this kid is, and it's Janet Montgomery's character, Ames. And maybe see a bit of her in ourselves and realize, though, that she's at a point where she could either go to the wrong side of the tracks or she could use her talents for the forces of good. So I think we all want to bring her on board as well. It's based on mutual need. We all end up needing each other for something, and then we come together."

"Human Target," like many network television shows in the 8 million-viewer range last season, was not a lock for renewal. Once it was officially picked up, Valley set out to make a few improvements to his character.

"I just wanted to go a little farther in finding out who he was in terms of ... on one hand, we have a guy who was an assassin who carried out this job and was a spy and a soldier in some ways," he said. "It takes a real ability to kind of shut off yourself emotionally in order to kind of accomplish those types of sorts of tasks. But also we have, on the other hand, a guy who's kind of, he likes to have fun; he likes people to some extent; and he has a bit of charm about him, and there's an element of compassion and empathy to him as well. So I was interested in kind of wearing out that path between those two a little more, to be honest with you."

Though Valley says the addition of female characters to the cast "just makes things a little more interesting," he's still excited about participating in some more traditional "guy things."

"Just doing some more stunts and some martial arts," Valley says. "We have some great martial arts trainers that are working as stunt coordinators and my stuntman, Jeff Robinson. I was just looking forward to learning some more from these guys, maybe becoming a stuntman as like a fallback job if this whole acting thing doesn't pan out."