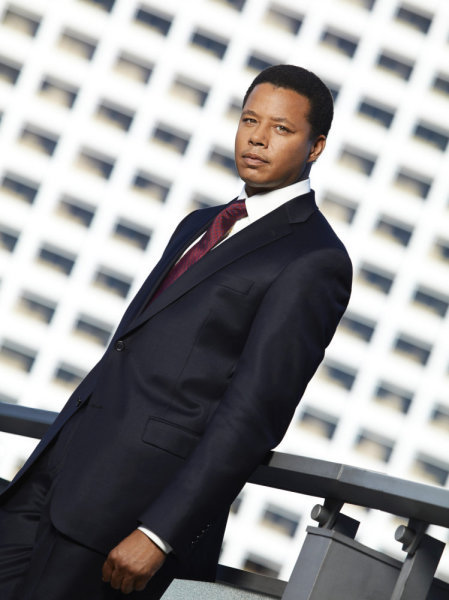 'LOLA': Terrence Howard out for justice

If you ask "movie stars" why they "do television," usually the answer involves the source material. In other words, if such and such actor is going to "lower" himself and work on TV, it's usually because he likes the script, the characters and the co-workers.

Most actors won't come right out and say the decision is based on money and job availability, but we all know that's the real reason in many cases. Said actor can't open a movie at the box office anymore, and can make way more money shooting 22 episodes of a television series each year than he could by filming one or two sub-par movies.

In the case of Terrence Howard, however, he really did decide to participate in a television series because of the show's premise. The Oscar-nominated actor loves the law, and he regularly watches "Law& Order" with his teen son.

"I had just finished playing Nelson Mandela and spending nine months working on that, and there was the most important part of him was his legal appetite and his appetite for more rightness," Howard said. "When we finished the movie, I wasn't finished being a lawyer and one of the things -- I have a couple of friends who were law students, you know, up in California -- and one of the things that their teachers had them do -- their professors had them do -- sometimes they would watch ‘Law & Order' because it was so realistic.

"I believe my character is, I've based a lot of him from Thurgood Marshall in listening to a lot of the, you know, a lot of the trials that Thurgood went through," Howard said. "Thurgood had a huge soft spot, but his belief in principle overweighed any amount of unnecessary mercy. You know, he believed in being longsuffering and that means being in a position to change your situation but refusing to do so and hope that the offender will make amends.

"Now my character, Dekker, he wants every -- he doesn't want -- people to be found guilty. What he's hoping is that the defendant will prove they're innocent. He just cares about the truth. By whatever means, he just wants the truth.

"And I love that about him, but sometimes he can forget to play, you know? I wish that he would lighten up, but everything goes straight to his heart and it feels like he's being personally attacked when a victim has been attacked."

Though Howard is enamored of law and order, he doesn't necessarily want to tell "Law & Order" writers how to tailor his character.

"You know, there's a particular momentum about it. So, I mean, I love the challenge of it, and I don't want them to, you know, tailor things to how I would like to see it, no. Every week I've been challenged and I want this to continue."