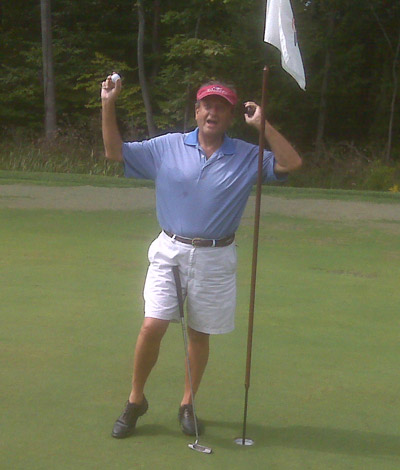 Clay Reno, 68, of West Seneca approached the 117-yard, par-3, second hole with a 7-iron in his hand.  His shot landed about 8 feet short of the pin and bounced a couple of times before falling.

Opened for public play in July, the 18-hole, 7,026-yard championship course was designed by world-renowned course architect Robert Trent Jones II. It is owned by Seneca Gaming Corporation and operated by KemperSports.