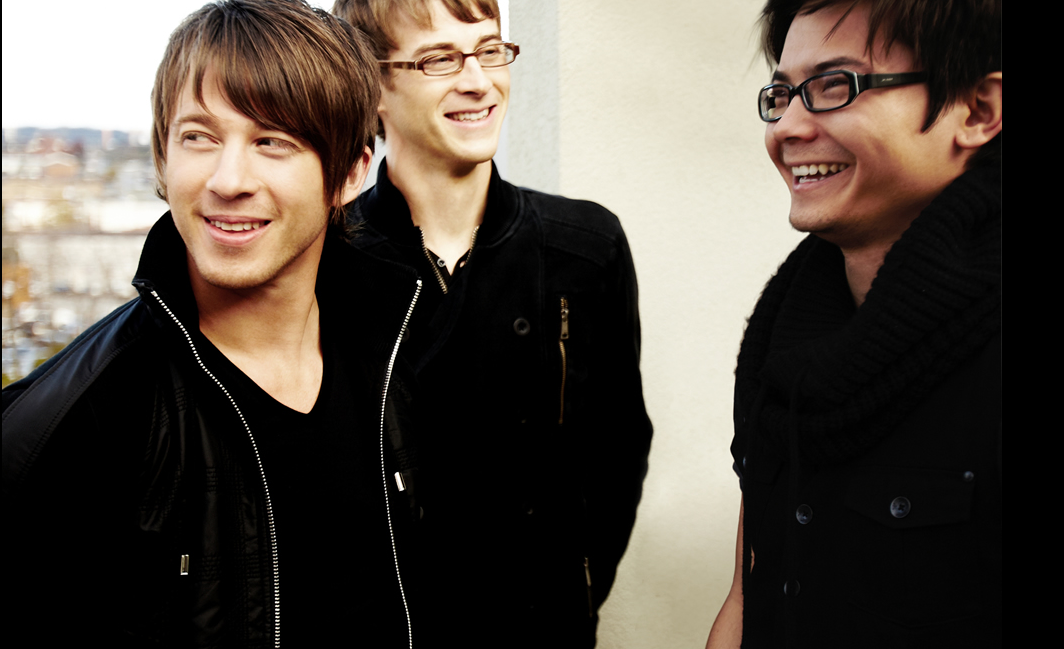 Fri, Sep 10th 2010 09:00 am
Tenth Avenue North, the road-steady, Dove Award-winning progressive pop band, is currently working its way through the summertime festival season, but with one eye on its ambitious (and already successful) headlining fall tour in support of its latest release, "The Light Meets The Dark." The show lineup features special guests Addison Road and acclaimed singer/songwriter Matt Maher, and will visit more than 35 markets starting in Jacksonville, Fla., on Sept. 11 and closing Saturday, Nov. 6, at Liberty University in Lynchburg, Va.

Through the band's very active website, www.tenthavenuenorth.com, longtime fans were able to pre-purchase tickets to the fall tour before they went on sale to the general public. The limited pre-sale allotment was exhausted in 16 of the markets in just five days. All regular sale tickets are now available for all dates, which include

Visit www.tenthavenuenorth.com for the most updated tour information.

Headliners Tenth Avenue North's highly anticipated sophomore album, "The Light Meets The Dark," debuted in May at No. 1 on the Nielsen Christian SoundScan chart and No. 15 on the Billboard Top 200 with first week scans of 21,583. The new album also secured the No.1 Christian Album chart position at both iTunes and AmazonMP3, and reached Top 5 on the iTunes overall chart.

The band's current single, "Healing Begins," recently climbed into the Top 5 on the AC Monitored Chart, reflecting more than 45,114,400 in cumulative spins since its March 5 add date.

Named GMA Dove Awards New Artist of the Year at the 40th annual GMA Dove Awards, Tenth Avenue North first impacted the music community as the best-selling and most played new Christian artist of 2008, scoring three No. 1s at radio ("By Your Side" finished the year at No. 2 on the Hot Christian Songs chart, and at No. 3 overall for the decade on said chart) and saw its 2008 national debut "Over and Underneath" cross the 100,000 unit sales mark in less than seven months. To date, "Over and Underneath" has surpassed the 300,000 mark in total album sales.

Tenth Avenue North, made up of members Mike Donehey (lead vocals/acoustic guitar), Jason Jamison (drummer) and Jeff Owen (electric guitar/background vocals), is one of the few debut bands that has experienced enough momentum to headline its own tour -- the "Inside and In Between" Tour -- with only one album under its belt. The band has been said to "tour relentlessly," which reflects in its contribution to the 2009-10 Winter Jam tour (which saw a cumulative audience of more than 400,000), immediately followed by an opening slot for Casting Crowns this spring and a full summer festival schedule.

The fall will allow Tenth Avenue North to embark on its second headlining tour. This breakthrough band received two nominations for the 41st annual GMA Dove Awards in the Group of the Year and Song of the Year categories. Its smash hit, "By Your Side," claimed the Song of the Year honor.

It has been two years since Texas natives Addison Road debuted with their self-titled record, which garnered the band its first Dove nomination for Best New Artist, was featured as an iTunes Discovery Download and garnered six No. 1 singles.

The project's first single, "Fight Another Day," written by Grammy winner and music veteran TobyMac, is already at No. 11 on CHR, No. 21 on AC Indicator and No. 22 on AC Monitored.

Matt Maher -- worship leader, songwriter, singer and recording artist -- has taken his calling as a "musical missionary" to create a substantial impact on a national and global stage. As an award-winning songwriter, Maher gained notice as the writer of the internationally renowned modern-worship song, "Your Grace Is Enough." Highly sought after for his poignant yet poetic writing style, Maher has had songs recorded by such artists as Chris Tomlin, Bethany Dillon, Brenton Brown and Phillips, Craig & Dean. In addition, Maher's songs have appeared in the Top 10 ranked songs on the CCLI chart, marking their popularity in church worship services around the world.

In addition, and a testament to his credibility as a songwriter, three of Matt Maher's songs, "Christ Is Risen," "Resurrection Day," and "On the Third Day," were chosen by iTunes as part of its "Easter Sunday Service Essentials Collection."

Maher claimed a Dove Award in the Special Event Album of the Year category for his contribution on the "Glory Revealed II: The Word of God in Worship" project. This industry affirmation prompted the Associated Press to call Maher, "This year's breakthrough nominee."

Heading into the summer, his latest single "Hold Us Together" claimed a Top 10 spot on AC Monitored and Indicator charts, reaching 65,707,200 cumulative listeners since its January add date.

Amid busy touring and writing schedules, Maher finds it important to serve alongside ministries including Life Teen and Adore Ministries. Further, he serves as a regular host for Worship Together's "Newsong Café." Maher, honored with a Praise Award as Worship Leader's Breakout Artist of 2008, has been featured on the covers of Breakaway and Christian Single, performed live on "FOX & Friends," written for Billboard Magazine and is an active, bylined contributor to OnFaith.com, an interactive conversation on religion.