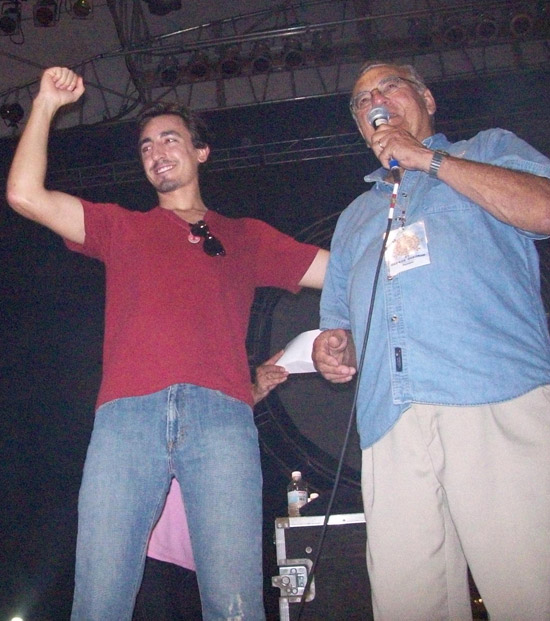 All summer, Artpark hosted "Rock the Park," an online contest to determine which 2010 opener would get the chance to headline a gig in 2011. Lewiston's Free Henry! was the top vote-getter. Bassist Derek Presti is shown celebrating alongside Artpark and Co. President George Osborne.