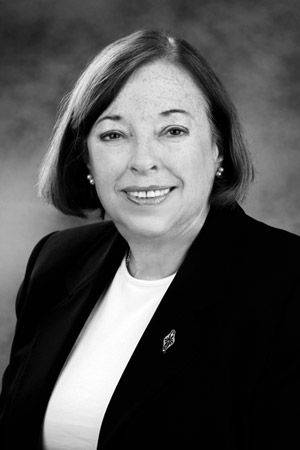 Wolfgang 'loved her family, her community, and being a community advocate'

She was born May 19, 1944, in New York City. After attaining her B.S. in education and her M.S. in nutrition from Buffalo State, she became a home economics teacher in the Niagara Falls School System. She retired from that position after maternity leave and was an independent insurance broker for more than 30 years in Buffalo and then Lewiston. She is a former co-owner of the Niagara Renal Center.

NCCC President James P. Klyczek said, "Joan and (her husband) Jerry served as co-chairs of the annual Foundation Gala and they served as lead volunteers in the Foundation's recently completed Major Gifts Campaign. Joan was a major supporter of the student housing initiative and the Hospitality and Tourism Center project. Niagara County Community College, our related college organizations, and Niagara County have lost a community advocate and volunteer."

She was a delegate to the National Republican Convention in 1984. She and her husband served as chairs of the Niagara University Scholarship Ball and the Mount St. Mary's Foundation Good Works Gala. She belonged to the Niagara Falls College Club and Gourmet Group for the last 30 years.

"She loved her family, her community, and being a community advocate," her husband said. "She was certainly my best friend."

Services will be held at noon Sunday, Aug. 8, at Temple Beth Israel, 905 College Ave., Niagara Falls. No prior visitation. Shiva will be held at 7 p.m. Sunday, Monday and Tuesday at the home of Joseph and Lynn Catalano, 534 Mountain View Drive, Lewiston. No flowers please.